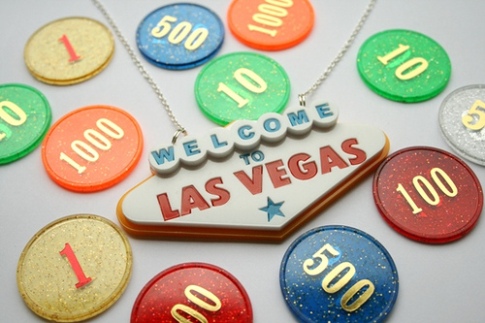 Las Vegas prides itself on its strong union-staffed hotels and casinos. However, according to a class-action lawsuit recently filed, Bravo Pro Inc. was allegedly paying workers $3.50 to $4.00 per hour for 13-hour shifts with no overtime pay. Their employees were providing janitorial and maintenance services to Bravo’s clients around the city.

According to the Las Vegas Sun:

The workers’ attorney, Matthew Callister, says the company held its mostly-Mexican workforce in a form of “indentured servitude,” squeezing more labor out of frustrated workers by promising to make them whole one day. Many tired of waiting and quit. Others, undocumented and desperate for work, remain silent.

One of the problems of unauthorized immigration is the increased likelihood that workers will be exploited by unscrupulous employers due to the undocumented immigrants’ lack of status, which results in lower wages and weakened working conditions for other workers.

The current dysfunctional immigration system creates an environment where the kinds of allegations raised in this lawsuit are more likely to exist. These kinds of abuses not only impact the workers, they also tarnish the image of the vast majority of employers who want to play by the rules and who don’t abuse their employees. Everyone loses in an environment where hardworking employees are forced into the shadows and honest employers don’t have the tools they need to effectively and reliably determine immigration status.

Callister admits he picked a tough time to take up the cause of a group of largely Spanish-speaking people with marginal immigration paperwork. After all, the local unemployment rate is a record 13.1 percent, and nationwide anti-immigration fervor is growing.

But, Callister reasons, what better time to focus on the need to protect the rights of all workers? People might discriminate, but federal labor law does not: Even illegal immigrant employees are protected.

“So many people need any job,” he says. “People are willing to work for less and be stiffed on what they’re entitled to because they’re desperate. But that doesn’t make it right.”

Taking up the case of any and all exploited workers is important as it keeps bad-apple employers on the alert and protects all workers in the long run. According to the Cristina Jimenez of the Drum Major Institute:

The existence of this under class of workers affects working class Americans more than we think. Undocumented workers’ lack of rights and vulnerable situation in the workplace enables employers to drag down labor standards, leaving fewer decent jobs available and forcing all workers regardless of citizenship or immigration status to either accept the same low quality conditions and wages or be excluded from labor sectors that mainly hire undocumented workers.

To have no law protecting illegal workers, “would open the door to crazy exploitation,” said Ruth Milkman, director of the Institute of Industrial Relations at University of California, Los Angeles. Having no legal protection for illegal workers is an invitation to “create slavery,” said William Gould, former chairman and professor emeritus at Stanford Law School said.

Strong labor law enforcement along with comprehensive immigration reform will restore the rule of law to both the labor market and the immigration system and will protect all workers in the long run.