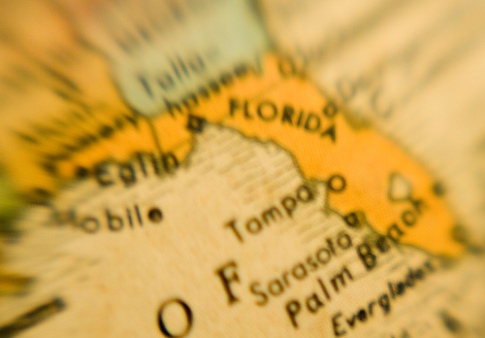 Immigration advocates around the country let out a heartfelt sigh when Florida Republican Senator, Mel Martinez, announced his resignation earlier this month. Senator Martinez, whose term was set to expire January 3, 2011, is Cuban-born and a long-time immigration supporter. Florida Republican Governor Charlie Crist, who plans to run for the Senate seat himself, appointed George LeMieux, his closest political advisor to fill the seat—a choice met with heavy criticism from Democrats. While no one is quite sure how George LeMieux will fare on issues critical to Florida voters (since LeMieux has never held public office before), one thing is sure: GOPers would do well to keep immigration reform at the top of the priority list considering that Latinos comprised roughly one-in-seven of the swing-state’s voters in the 2008 presidential election.

Despite cries of political cronyism, LeMieux will be the first Republican and fifth senator to take his seat this year through appointment. Some criticize Gov. Crist for not appealing to a broader base—black voters, women and Hispanics—in light of Florida’s changing demographic:

Crist could have opted for experience, choosing one of three former congressmen on the final list of nine potential appointees. He also had candidates who could have appealed to party conservatives, black voters, women or Hispanics. Instead, he picked his closest political adviser – someone who thinks like him and will serve like him until the winner of next year’s election takes the oath of office in January 2011.

Regardless of Gov. Crist’s political appointment strategy, immigrants and Latinos play an integral role in shaping the Sunshine state’s political and economic landscape. For example, immigrants accounted for nearly one-in-five Floridians in 2007, according to U.S. Census data, and close to half of them are U.S. citizens eligible to vote. Latinos, who make up a growing 20.6% of the state’s population, comprised 15.4% (or 1,227,000) of Florida voters in the 2008 elections. The number of Latino and Asian voters combined far exceeded the margin of victory (236,450 votes) by which Barack Obama defeated John McCain in Florida.

On the economic front, “Latinos in Florida wielded more than $100 billion in consumer purchasing power and, at last count, owned one out of every six businesses in the state in 2008,” according to an Immigration Policy Center (IPC) fact sheet. Additionally, Florida’s 266,688 Latino-owned businesses had sales and receipts of $40.9 billion in 2002. Florida’s immigrant workers also contributed an estimated $20 billion to the state in taxes each year.

Clearly immigrants and Latinos are, without question, a constituency which conservatives can ill-afford to alienate. Frank Sharry, Executive Director of America’s voice, writes:

All across America, the Republican Party’s rhetoric and actions on immigration reform have sent Latino voters into the Democratic camp these past several years. In the 2008 Presidential race, the Latino vote in Florida swung 27 points from Republican to Democrat compared to 2004, and immigration reform is a defining issue for this group of voters. Martinez was right to point his Party toward a new direction, and all eyes are on Governor Crist and George LeMieux to see if they will follow through and embrace a more inclusive stance on issues of importance to this group—issues like comprehensive immigration reform.

Only time will tell how Senator-to-be, George LeMieux, will proceed with issues like immigration reform, an issue that is no doubt critical to at least 20% of Florida’s voters.