New Report Holds Immigration Detention System Up to the Light 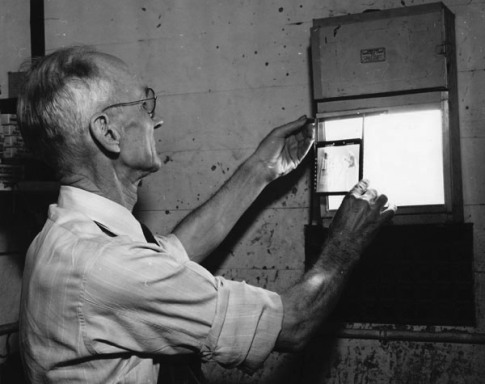 Transparency and oversight have never topped Immigration and Customs Enforcement’s (ICE) priority list—especially during the post-9/11 Bush administration when ICE’s detention system nearly tripled in size. Last month, however, ICE director John Morton announced a new plan to overhaul the flawed immigration detention system and broaden federal oversight. Sure, the new plan was announced shortly after ICE was forced by the ACLU under the Freedom of Information Act (FOIA) to release a “comprehensive list of all deaths in detention” (which now totals 104 since 2003), but still, John Morton’s intention to make ICE more transparent and efficient seems sincere. The question, however, is whether or not ICE will actually be able to restructure its sprawling detention system after years of scant oversight and zero accountability.

It’s going to be an uphill battle as two recent events indicate. First, Dr. Dora Schriro, director of the newly established Office of Detention Policy and Planning (ODPP), resigned her position after only a month, citing family reasons.

Second, in a new report released last week, Immigration Detention: Can ICE Meet Its Legal Imperatives and Management Responsibilities, the Migration Policy Institute (MPI) lays out just how daunting detention reform will be, focusing on the woefully inadequate ICE databases and case tracking systems. The report, said Andrea Black, director of Detention Watch Network (DWN), underscores what the advocates have witnessed for years:

ICE does not have a clear idea of who it is detaining or why, and what the needs are of the people it detains. As a result, it cannot do an adequate risk assessment to determine who can be released, whether on bond, parole, supervised release or alternatives to detention programs. It also cannot assess whether particular facilities match the needs of the population, or how well facilities are meeting ICE’s own conditions standards.

MPI uses a snapshot of ICE’s detention system in a single day as the starting point for the report’s analysis—an analysis which exposes a vast privately-run detention system where traffic violators languish for weeks, even months, on end. On January 25, 2009, MPI found:

The report also found that ICE’s centralized information database, ENFORCE, which captures important biographic, immigration status and detention information, is missing vital information that would allow ICE to “meet the substantial challenges of a sprawling detention system”—information like whether a detainee constitutes a risk, is eligible for release or parole, has a claim to US citizenship, has special medical conditions, disabilities or humanitarian issues.

Still, human rights advocates and stakeholders want to believe that ICE’s plans are the real deal. No matter how genuine the intention, however, the MPI report makes it clear that reforming the U.S. immigration detention system—more transparency, better and more accurate data collection and the transition to a more civil detention system—will require significant work and resources.

MPI’s report makes a range of recommendations to ensure these dire needs are met—from suggestions on how to improve ICE’s information systems to meeting detainees’ medical needs and complying with national standards—but only time will tell if ICE can or will implement these recommendations.