Public Discourse, Pragmatism and Policy: The Souring of the Immigration Debate 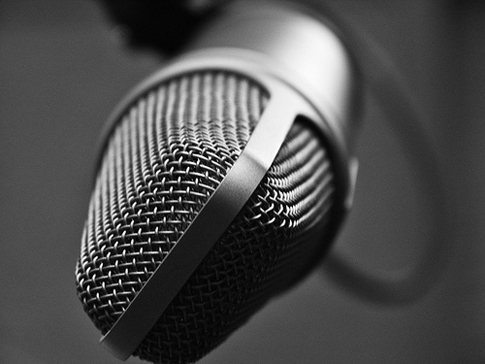 The behavior of anti-immigrant groups and talk radio hosts gathering in Washington this week is a reminder that immigration, like so many divisive issues before it, brings out the worst in the body politic. Many of those classic hot-button culture issues—such as euthanasia or abortion—shift into intensely personal religious, moral and philosophical disagreements that often erupt in ugly ways.

On the surface, immigration—which is fundamentally about regulating the flow of people into this country—lacks that kind of gut-wrenching, personal dilemma. This doesn’t mean that the consequences of a broken immigration system don’t inflict untold personal hardship. Nor does it mean that individual’s lives are not at stake in the course of enforcing our immigration laws. The immigration debate just shouldn’t raise the kind of moral and philosophical issues that plague public policy debates like abortion and euthanasia.

That’s not to say that there are no moral issues here—quite the contrary. But the fundamental questions regarding the nature and sanctity of life, and the government’s role in regulating the choice individuals make, simply doesn’t resonate in the same way. The primary “moral” objection raised by many anti-immigration voices is that no one should receive benefits or opportunities that are premised on breaking a law. But that’s an argument that can be made without resorting to the kind of vicious diatribes that course through the arguments of those opposed to immigration reform.

Immigration, like abortion and euthanasia, is being used as a wedge issue in the current health care reform debate. This week, E.J. Dionne pointed out in the Washington Post:

It should bother us a lot more than it does that alleged plans to kill off seniors and promote abortion are spoken of in almost the same breath as the matter of delivering health care to fellow human beings, however they arrived on our shores.

The actual process of reforming our broken immigration laws really shouldn’t have much of an emotional charge to it. On the question of legalization, it’s a debate about how to address the status of twelve million people. Is it practical, cost-effective, responsible public policy to try to deport them all? No. Once you get over that hurdle, then the debate is really about details—how do you create a process, what are the requirements, who is eligible, should there be fines, what will it cost and countless other details. It’s not particularly the stuff of moral outrage.

And yet that is where the immigration debate is mired. Joe Wilson has become the darling of the anti-immigration crowd precisely because he couched an objection to immigration in terms of morality and falsehood. It’s the very incivility of his action that makes it so emblematic of the immigration debate, which has devolved into personal rather than policy issues. Congress’ paralysis in the face of the emotional and highly charged rhetoric of immigration opponents has led to a further breakdown of the immigration system—and it’s this breakdown that sets the stage for even more temper tantrums.

The lack of comprehensive immigration reform is both a cause and a product of the degradation of this debate, and it is now helping to coarsen the quality of other key policy debates. Until we confront the issue of immigration reform with pragmatic and dispassionate solutions, public discourse has nowhere to go but down.