Birthright Citizenship: Myths, Facts and Why It Matters 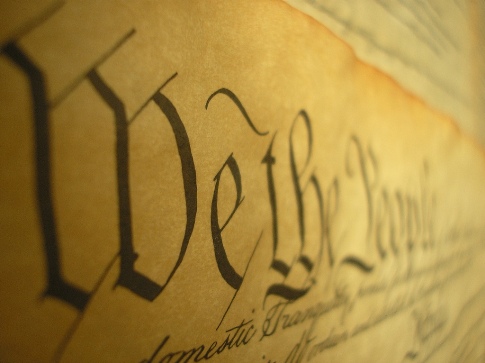 The issue of birthright citizenship, although not traditionally a sexy topic, is not without controversy. In the 2008 election, for example, the legitimacy of both parties’ candidates was called into question—Republican candidate, Sen. John McCain, was born on a U.S. military base in the Panama Canal Zone and Democratic candidate, President Barack Obama, was born to a U.S. citizen mother and an immigrant father in Hawaii in 1961. Normally, the issue of birthright citizenship doesn’t get much attention. However, immigration restrictionists and select politicians often use the issue to rally extremists and distract from the important issues surrounding reforming our broken immigration system. Today, in light the upcoming federal holiday, Citizenship Day, the Immigration Policy Center (IPC) released a new report, Made in America: Myths and Facts about Birthright Citizenship, which challenges the myths so often heard about birthright citizenship.

With very few exceptions, everyone born in the U.S. is a U.S. citizen by birth, whether the child’s parents are citizens, legal immigrants, or undocumented immigrants. Only the children of diplomats and invading armies are exempt from birthright citizenship.

Myth: We can easily change the Constitution and eliminate birthright citizenship. Fact: Wrong. The Fourteenth Amendment is a fundamental piece of American history, law, and values. As Eric Ward of the Center for New Community writes,

For African Americans, the Fourteenth Amendment is a cornerstone for key civil rights laws such as the right to vote, equal access, and protection against job discrimination.

Our nation fought a war at least in part to repudiate the terrible error of Dred Scott and to secure, in the Constitution, citizenship for all persons born on U.S. soil, regardless of race, color, or ancestry.

Eliminating birthright citizenship would be un-American. Birthright citizenship has been the rule since the dawn of the Republic. We should have a compellingly good reason to eliminate it—one better than frustration with the federal government’s inability to enforce existing immigration laws.

Myth: Denying birthright citizenship to the children of immigrants would result in cost savings. Fact: On the contrary, changing the simple rule that we have now (everyone born in the U.S. is automatically a citizen) would result in a significant burden on all Americans who would no longer have an easy and inexpensive way to prove their citizenship. The U.S. would have to create a national registry of citizens, and everyone born in the U.S. would have to have their citizenship adjudicated by a professional. Eliminating birthright citizenship would mean everyone would have to prove they are actually citizens—an even greater burden for minorities, the poor, and the uneducated. In other words, changing our citizenship laws would be incredibly costly for all Americans.

In sum, eliminating birthright citizenship would be unconstitutional, impractical, expensive, and complicated. Furthermore it would constitute an assault on the letter and the spirit of the U.S. Constitution as well as on the civil rights of all Americans. Margaret Stock concludes:

The policy arguments in favor of retaining birthright citizenship are very strong. The policy arguments against it are weak. Even if we believe that it is possible to interpret the Fourteenth Amendment differently than we have been interpreting it for more than a hundred years, it is not clear why we would want to do so. Trading an easy and egalitarian birthright-citizenship rule for one that would cause hardship to millions of Americans is not a smart way to approach our complex immigration problems.