An Anti-Immigrant Hate-Fest on Capitol Hill 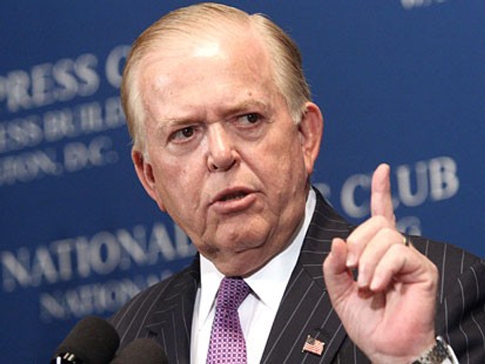 A motley collection of anti-immigrant zealots and talk-radio shock jocks of the far right descended upon Washington, DC, this week for an annual event dubbed “Hold Their Feet to the Fire.” The two-day marathon of angry rants on the air waves coincided with three days of lobbying visits to congressional offices organized by the nation’s largest anti-immigration group, the Federation for American Immigration Reform (FAIR). Predictably, the assorted speakers and activists in attendance at this year’s hate-fest blame immigrants—particularly unauthorized immigrants—for virtually every economic and social ill to befall the United States, and demand that Congress continue to pursue the “deportation-only” approach to unauthorized immigration that has proven to be an utter failure for more than two decades.

In some respects, the gathering represented little more than right-wing political theater at its most farcical. CNN commentator Lou Dobbs lavished praise upon discredited “birther” conspiracy theorist and error-prone author Jerome Corsi. A “People’s VOICE” award went to the ever-inflammatory Fox News commentator Glenn Beck. Rep. Steve King (R-IA) hailed Rep. Joe Wilson (R-SC) as a “patriot” for the latter’s unruly behavior during President Obama’s health-care speech before a joint session of Congress on September 9. And Rep. Louie Gohmert (R-TX) lamented the U.S. tradition of birthright citizenship and the providing of emergency medical treatment to all people regardless of immigration status. Unfortunately, the comical entertainment value of the event was far outweighed by the seriousness of the immigration-reform effort which FAIR and its fellow travelers are trying to derail.

Allowing unauthorized immigrants already in the United States to earn legal status would enable them to earn higher wages, pay more in taxes, and spend more in U.S. businesses—providing a much-needed boost to the U.S. economy. Yet immigration restrictionists would prefer to engage in a monumentally destructive and costly effort to somehow remove 11.9 million unauthorized-immigrant men, women, and children from the country—plus, presumably, the four million U.S.-born children who have unauthorized-immigrant parents. The absurdity and short-sightedness of the restrictionists’ perspective is evident in the fact that they are now focused not only on ensuring that unauthorized immigrants never receive legal status, but also guaranteeing that no one without legal status has health insurance. This is an illogical and self-defeating stance on both economic and public-health grounds.

There is also another, very compelling reason for lawmakers to resist the siren song of FAIR and its talk-radio cheerleaders: demographics. Latinos and Asians comprised one out of every ten voters in the 2008 election, and the majority of Latinos and Asians are either immigrants or the children of immigrants. In other words, a large and growing share of the U.S. electorate has a personal connection to the immigrant experience, and is unlikely to be favorably swayed by politicians who employ anti-immigrant rhetoric to mobilize supporters. Politicians who fail to grasp this simple statistical fact may find their own feet being held to the fire by voters on Election Day.