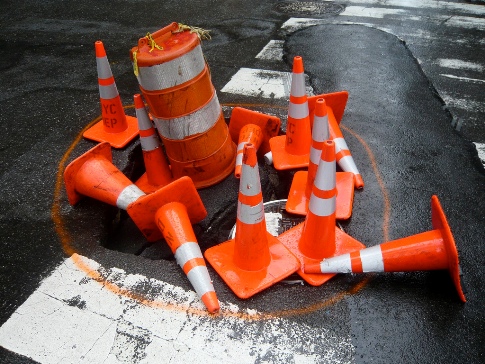 At a gathering in Washington this week, long-time immigration reform advocate Congressman Luis Gutierrez announced that he would soon introduce a comprehensive immigration reform bill in the House. This marker bill is likely to have something for everyone in it, combining the DREAM Act, family reunification, a legalization program, and even smart-enforcement components. He gave the self-imposed deadline of October 13 for the framework to be ready and it couldn’t come sooner.

The lack of immigration reform continues to plague the administration at every turn, and plays a role in every major legislative battle the administration has fought since the inauguration. It came up in the stimulus bill and is now making a command appearance in the health care reform debate.

In an effort to appease Joe Wilson and his immigration restrictionist friends, the Senate Finance Committee’s health care bill includes burdensome and expensive verification procedures for everyone. The bill also prevents the few undocumented immigrants who may want to buy health insurance with their own money from doing so.

The President remarked this week:

Now, as you know, there’s been a little controversy about who exactly will be covered under reform. I want to be clear: If someone is here illegally, they won’t be covered under this plan. That’s a commitment I’ve made. But I also want to make this clear: Even though I do not believe we can extend coverage to those who are here illegally, I also don’t simply believe we can simply ignore the fact that our immigration system is broken. That’s why I strongly support making sure folks who are here legally have access to affordable, quality health insurance under this plan, just like everybody else. And we certainly should not let this debate on health care — one so essential to Hispanic Americans and all Americans — get sidetracked by those looking to exploit divisions and kill reform at any cost. That’s what they always try to do.

So if the President’s strategy is to first get health care passed and then work on immigration reform—including legalizing the millions of illegal immigrants who are here now—what happens if immigration reform gets stalled? We would potentially continue to have as many undocumented immigrants here as we do now but with even fewer health care options than they have today.

If you saw a woman struck by a car, would you call an ambulance right away? Or would you first ask for her papers to make sure she was not an illegal immigrant?

If someone living down the street from you were suffering from the H1N1 flu, wouldn’t you want him to get immediate medical help? Would you rather see him in pain and perhaps spread the disease to others in your neighborhood?

Amazingly, The Hill reported today that “Sen. Robert Menendez (D-N.J.) is putting Democrats in a bind by seeking to let illegal immigrants benefit from the healthcare overhaul.”

If by “bind” they mean reforming our health care systems in a way that actually protects public health and finds a way for the undocumented to buy their own, non-subsidized health insurance, then I guess he is guilty as charged. It’s amazing that the folks who complain about hospital emergency rooms being clogged by illegal immigrants are not demanding that congress require them to buy healthcare. Where are those voices now when we are actually trying to find solutions?

It’s clear the health care reform bill still has a long way to go before it passes. Hopefully in the next several weeks, those who are more concerned with protecting public health rather than scoring below-the-belt political points, will chime in and help finalize a heath care bill that makes health care affordable and our population healthy. While politicians might want to try to separate the need for immigration reform from the circus of health care reform, it’s clear that a complete solution to Obama’s social reforms must include immigration.