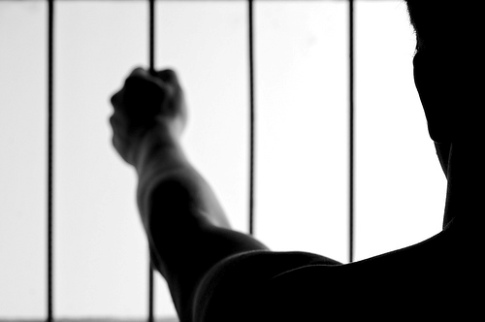 Over the past several years, ICE has increased the number of partnerships with state and local police. There has also been a new emphasis on identifying “criminal aliens” who are detained in jails and prisons, and deporting them once they finish their sentences. However, many concerns have been raised about how these programs are being implemented. In fact, various reports have shown that while ICE claims they are targeting serious criminals, the majority of persons ICE identifies and deports do not actually have any serious criminal records.

A new report by the Warren Institute on Race, Ethnicity, and Diversity at the University of California, Berkeley documents how ICE’s Criminal Alien Program (CAP) has failed to target serious criminal immigrants for deportation, and how profiling and pretextual arrests have increased as a result of CAP’s expansion.

The CAP Effect: Racial Profiling in the ICE Criminal Alien Program analyzes the Irving, Texas CAP program. Irving is a city in Dallas County with a population of 196,000—41.2% of which are Hispanic. In 2006, Irving entered into a CAP partnership with ICE which allows Irving law enforcement officials to investigate the immigration status of individuals in their local jail. Local police make referrals to ICE when they suspect that a detainee is undocumented. ICE then reviews the individual’s immigration status and decides whether to place a “detainer” on the immigrant. A detainer is a request from ICE that the local jail hold the individual in custody for up to 48 hours during which ICE decides whether or not to assume custody of the person and initiate deportation procedures.

From 2006 to April 2007, ICE officials visited the Irving jail up to five times per week to conduct investigations and make detainer decisions. In April 2007, the Irving program changed dramatically. Not only did ICE grant Irving law enforcement round-the-clock ICE access, they also conducted remote teleconferences rather than in-person jail visits to determine whether to place detainers on immigrants.

The ACLU of Texas obtained data on arrest records for a 23-month period from January 2006 to November 2007. The data shows a huge shift beginning in April 2007—Irving immigration referrals jumped from 80-100 referrals a month to nearly three times that rate. The data also shows that arrests of Hispanics for petty offenses—particularly traffic offenses—also increased at the same time. According to the Warren Institute, this indicates that police were engaging in racial profiling and pretextual arrests—detaining Hispanics (whom they suspect of being undocumented immigrants) on minor charges in order to get them into the jail system where they could be referred to ICE for immigration enforcement action.

In response to complaints about profiling of Hispanic residents, ICE publicly stated that it had ended the practice of conducting immigration reviews of those detainees in custody for Class-C misdemeanors (the least serious of misdemeanor offenses). ICE also made public statements that it would target immigrants charged with more serious offenses. However the data show that over the 15 month period studied, only 2% of all the detainers issued by ICE were for individuals charged with felony offenses. Misdemeanors accounted for 98% of detainers issued. Thus the CAP program in Irving failed to adhere to the goal of targeting serious criminal offenders.

There are additional concerns with ICE detainers:

All of this means due process rights are frequently denied to immigrants who are detained. The authors of the report believe that “CAP creates incentives for local police to target Hispanics for discretionary arrests for minor offenses” which means that “lawfully residing Hispanics are inevitably impacted by these enforcement measures.”

The Warren Institute report sheds light on important themes in the immigration enforcement debate. Who is targeted for enforcement? How are they targeted? At what point in the process are they identified and turned over to ICE for deportation procedures? With 11-12 million unauthorized immigrants in the country, it makes sense for ICE to prioritize those who are threats to our communities. However, the Warren Institute report, as others before it, demonstrates that the way ICE is attempting to do it is failing.