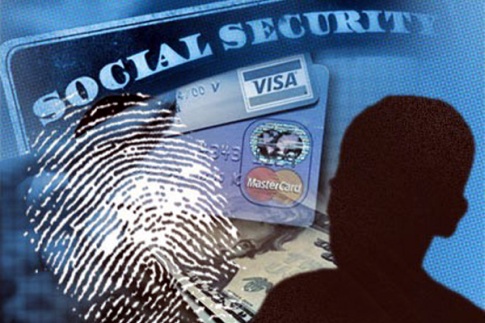 Once again, opponents of immigration reform have actually made a strong case for comprehensive immigration reform. At an event this morning sponsored by the Center for Immigration Studies (CIS), various speakers argued that ID theft by unauthorized immigrants is a problem that needs to be solved. While they seemed unwilling to offer any real solutions, the issues raised in the discussion clearly point toward the need for comprehensive immigration reform—including a legalization program for current undocumented immigrants—which would be a large and important step toward curbing the use of fraudulent documents by unauthorized immigrants.

The overarching theme of today’s CIS event was that illegal immigrants are not undocumented. In fact, they have documents—but these documents are stolen, borrowed, or made up. What CIS panelists did not discuss was how our current laws and policies have resulted in the use of fake or fraudulent documents and how their “solutions” fail to resolve the problem.

Prior to the passage of the Immigration Reform and Control Act (IRCA) in 1986, employers were not required to check the legal status of their workers. IRCA made it unlawful to hire someone who is not authorized to work, instituted the I-9 process which requires all workers to submit proof of identity and work authorization, and imposed penalties on employers who hired unauthorized workers. Hence a whole new class of “lawbreakers” was created (workers who use false documents to fill out the forms, and employers who hire them), and a whole multi-billion dollar law enforcement scheme was created to go after all of the new lawbreakers.

Unfortunately IRCA, which also legalized about 3 million undocumented immigrants, did not include channels for new workers to come legally to the U.S. The authors of IRCA assumed that legalization would be a one-time thing; if we legalized everyone and then made it illegal to work in the U.S., we could end illegal immigration. But they failed to recognize that the economy would continue to grow, and U.S. employers would need additional workers. Without legal channels for them to come through, those workers came illegally. And the employer sanctions didn’t stop them from working; they either work in the underground economy or they fill out their I-9s using fraudulent documents. In other words, unauthorized immigrants continued to come to the U.S. and work just as they had done for years, but how they did it changed as a result of the new laws.

Now we’re in a situation where we have about 11-12 million illegal immigrants, and many of them are working using fraudulent documents. The E-Verify system means that employers can verify a worker’s documents with the government, but E-Verify can’t tell the employer whether the worker stole or borrowed those documents. If the only “solution” offered is to punish them for using fake documents, we’re never going to effectively resolve the problem. In the absence of broader reforms, focusing on ID theft does not end illegal immigration, but inadvertently encourages more sophisticated criminal enterprises, creating a market for “better” false documents and may cause employers and workers to move even further into the unregulated, untaxed underground economy.

A thoughtful comprehensive immigration reform plan would significantly diminish the incentive to use fraudulent documents. First, it would require all unauthorized workers to come forward, register with the government, turn in their fraudulent documents, and get good documents. Second, it would include provisions that would make the system more flexible, so that when the U.S. needs more workers, they would be able to enter the U.S. legally, reducing the incentive to come illegally. Third, smart enforcement measures will be able to focus on employers who abuse or exploit workers, on smugglers, traffickers, and violent criminals.

No one is saying that ID theft is a good thing or that it’s a victimless crime. But practical, rational people are looking at how to solve the problem, not just criminalize it. Effectively “shrinking the haystack” rather than increasing the number of criminals is a more realistic solution. Thanks, CIS, for helping to make that point.