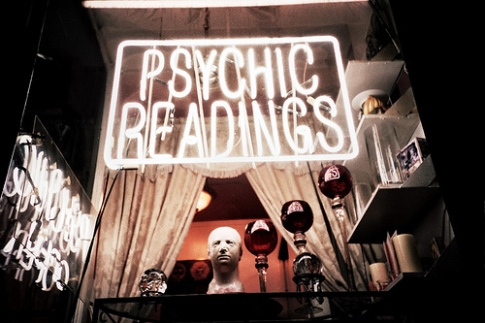 Any serious researcher would probably tell you that trying to use a single public-opinion poll to gauge the likely impact of a policy initiative as complex as immigration reform is about as reliable as consulting a psychic. Yet that is precisely what some opponents of comprehensive immigration reform are now attempting to do. For instance, the Center for Immigration Studies (CIS) is trumpeting the results of a poll conducted in Mexico to suggest that creating a pathway to legal status for unauthorized immigrants currently living in the United States would trigger a tsunami of illegal immigration from south of the border. CIS completely ignores the fact that the last legalization program in 1986 did not spur an increase in unauthorized immigration (it actually reduced it in the short run). Instead, CIS acts as if popular beliefs and attitudes about immigration among Mexican citizens are a means of predicting the future. But popular perceptions are no substitute for hard data—and the data is not on CIS’s side.

CIS makes much ado about the fact that 56% of the 1,004 Mexican adults who were polled believe that a U.S. legalization program would make their friends and family members “more likely” to enter the United States illegally. But what does this actually tell us? A 2007 Associated Press-Ipsos poll, for instance, found that 48% of Americans believe in extra-sensory perception—but this provides no useful indication as to whether or not extra-sensory perception is real.

CIS also notes with alarm that, based on the poll, 36% of Mexicans—or “39 million people” (a figure which includes children, by the way)—would live in the United States right now if they had “the means and opportunity.” That is a very big “if.” It is well-documented that unauthorized immigrants risk life and limb to come to the United States when there are jobs available, and they do not come when there are no jobs to be had. A “what if” question from a pollster is no substitute for a paycheck when it comes to the decision to migrate. Moreover, as a recent story in The Washington Independent points out, any new legalization program that might make its way through Congress would only apply to unauthorized immigrants who have lived and worked in the United States for several years. Newly arrived unauthorized immigrants would not benefit from it.

Leaving aside the dubious value of public attitudes and beliefs about immigration in actually predicting immigration, the fact remains that the United States implemented a legalization program for unauthorized immigrants once before—as part of the 1986 Immigration Reform and Control Act (IRCA)—and it did not spur an increase in unauthorized immigration. According to a study by economists from the Federal Reserve Banks of Atlanta and Dallas, the historical experience of IRCA indicates that legalization programs “do not encourage illegal immigration. If anything, IRCA reduced the number of illegal immigrants in the short run…” IRCA ultimately failed to stem unauthorized immigration, in large part because did not create flexible limits on future immigration that could keep pace with the booming U.S. economy of the 1990s. But the legalization component of IRCA did not precipitate a mad rush for the border.

In the final analysis, CIS’s new report amounts to nothing more than innuendo built upon supposition. What people in Mexico think about how their friends and family might react to a new legalization program in the United States is certainly interesting from a sociological standpoint. But it offers no useful guide for reforming the U.S. immigration system. Nor does it provide a reliable means of predicting how particular immigration-policy reforms might actually affect immigration.