Restrictionist “Experts” Get It Wrong Again with 287(g) Assessment 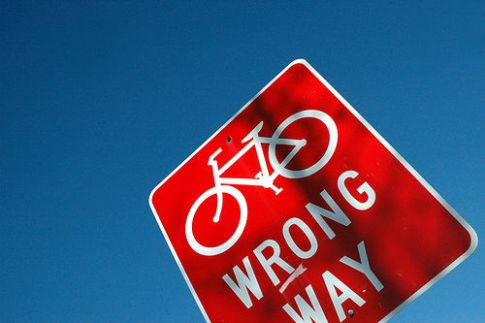 In October, the restrictionist group Center for Immigration Studies (CIS) released another report singing the praises of the 287(g) program. In The 287(g) Program: Protecting Home Towns and Homeland, the authors ignore the evidence and arguments put forward by law enforcement experts—such as the Police Foundation, the Major Cities Chiefs Association, and the International Association of Chiefs of Police—and dismisses them as “national advocacy organizations.” In doing so, CIS puts itself forward as apparent “law enforcement experts,” adding to their impressive resume that includes biblical scholar and environmental expert.

Among the truth-defying assertions made by CIS:

FACT: While Immigration and Customs Enforcement (ICE) covers the cost of training deputized local officers and some detention costs, ICE does not pay for implementation of the program or any lawsuits that may arise due to civil rights violations. Local communities are responsible for the high costs related to the immigration enforcement activities. A report by the Brookings Institute found that Prince William County, Virginia, had to raise property taxes and take from its “rainy day” fund to help fund their 287(g) program. Their local law enforcement of immigration, which cost $6.4 million in its first year, is projected to cost $26 million over five years. They eventually slashed $3.1 million from the budget that was intended to buy video cameras for police cars to protect themselves against allegations of racial profiling. Arizona’s Sheriff Joe Arpaio created a $1.3 million deficit in just three months, much of it due to overtime for immigration enforcement.

CIS Assertion: There have been no documented instances of 287(g) jurisdictions rounding up people on the basis of appearance or ethnicity.

FACT: Multiple credible news sources have reported that Sheriff Joe Arpaio has conducted large-scale operations without any evidence of criminal activity, often in Hispanic neighborhoods or sites where day laborers convene, and has vowed to continue his sweeps, regardless of what ICE says. Arpaio has also created a citizen posse to hunt undocumented immigrants. Beyond Arpaio, a report from North Carolina found that 287(g)’s are being used to “purge towns and cities of ‘unwelcome’ immigrants.”

CIS Assertion: There have been no complaints filed or documented cases of racial profiling.

FACT: Again, Sheriff Arpaio is example #1. Nearly 3,000 lawsuits have been filed against Arpaio, and the Department of Justice is currently investigating accusations of rampant racial profiling and civil rights abuses by his deputies. The Department of Justice is also investigating Arpaio. There have been other mistakes and lawsuits as well. A lawsuit was filed on behalf of a disabled U.S. citizen who was mistakenly identified as a Mexican national and transferred to an ICE detention center and later deported. Another lawsuit has been filed on behalf of Juana Villegas after she was detained and shackled to a bed while giving birth.

CIS Assertion: The chilling effect is a myth. Immigrants are not fearful of cooperating with police and reporting crimes.

FACT: Law enforcement officials and community leaders have stated time and time again that trust with immigrant communities is crucial to preventing and investigating crimes and maintaining safe communities, but when police are viewed as immigration agents, immigrant communities fear cooperating. A North Carolina report found that 287(g)’s have “created a climate of racial profiling and community insecurity” in communities across North Carolina. In 2003, the Tampa Tribune reported that local police believed that some members of the community had information on a murder, but declined to come forward for fear of immigration-related repercussions. Clearwater Police Department’s Hispanic Outreach Officer William Farias said he “wasn’t surprised people were hesitant to talk… cultural differences and fear of deportation often keep undocumented immigrants from coming forward.”

CIS Assertion: 287(g) is a powerful tool for reducing crime.

FACT: While some local politicians have touted 287(g) as a solution to their crime problems, a Justice Strategies report found that 61% of jurisdictions with 287(g)’s had a violent crime index lower than the national average, and 55% witnessed an overall decrease in violent crimes from 2000 to 2006. Furthermore, 61% had a property crime index lower than the national average, and 65% saw an overall decrease in property crimes from 2000 to 2006. The conservative Goldwater Institute published a report documenting the Maricopa County, AZ 287(g) has failed to protect the community. They found that, though the MCSO budget has increased at four times the rate of the county’s population, violent crimes increased nearly 70%, and homicides increased 166% between 2004 and 2007. Response times to 911 calls have increased, arrest rates have dropped, and thousands of felony warrants have not been served.

Apparently, the fact that 287(g) programs are costing localities millions to implement isn’t relevant to CIS’s myopic report, nor is the fact that crime-solving activities are being compromised or that trust between police and community is being eroded. What is important to CIS, however, is the propagation of the same old restrictionist myths that support a “deport them all” immigration enforcement strategy.