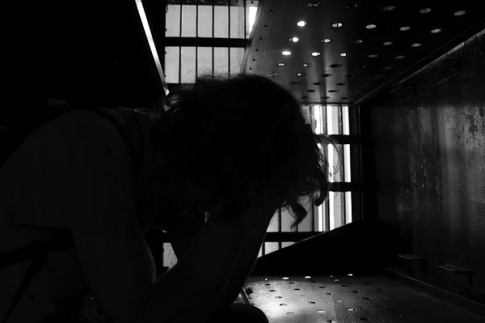 Over the past several months, the Department of Homeland Security (DHS) has made concerted efforts to overhaul our flawed immigration detention system—aiming for more transparency and broadened federal oversight. Deserving of equal attention, however, is Immigration and Customs Enforcement’s (ICE) loose enforcement policy, which also ensnares legal immigrants.

Last week, the L.A. Times reported that ICE wrongfully detained two legal immigrant women who were permitted to be in the country under the Violence Against Women Act (VAWA). According to the article, Maria de Barrera was arrested in her Los Angeles home after ICE showed up looking for people who no longer lived at the residence. Even though she showed ICE agents her worker’s permit, she was taken to an immigration detention center until her lawyer showed up with VAWA documentation.

Another legal immigrant permitted to live in the U.S., Elvira Ayon, was arrested in Delano, CA and carted off to an immigration detention center in Arizona where she stayed for one month. Again, she was released only after her lawyer arranged for her release.

ICE spokeswoman, Virginia Kice, chalked the wrongful detentions up to ICE’s lack of access to DHS’s databases where information on immigration permits and benefits are kept. Kice also suggested that wrongful detention cases like these “don’t occur very often.”

Last April, the Associate Press ran a story about another such case involving Pedro Guzman, a 31-year-old Los Angeles native. ICE deported Guzman, who is mentally ill and illiterate, to Mexico despite the fact that he informed immigration officers of his U.S. citizenship. The AP article concluded that there are, in fact, many more cases involving wrongful detention.

In a drive to crack down on illegal immigrants, the United States has locked up or thrown out dozens, probably many more, of its own citizens over the past eight years. A monthslong AP investigation has documented 55 such cases, on the basis of interviews, lawsuits and documents obtained under the Freedom of Information Act. These citizens are detained for anything from a day to five years. Immigration lawyers say there are actually hundreds of such cases.

While the cases of Maria de Barrera, Elvira Ayon and Pedro Guzman are clearly not the only stories of wrongful detention or deportation, they are indicative of a much larger problem within our ineffectual, inconsistent and poorly run immigration system—a problem not solved by promises of oversight and accountability but by actual reform of our entire immigration system. Until then, innocent legal immigrants will continue to sit in immigration detention.