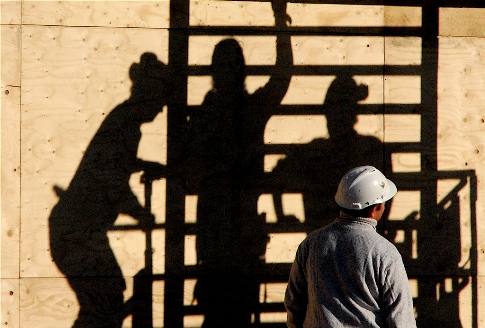 As the U.S. experiences its highest unemployment levels in a generation and news reports document the desperation of some native-born workers who are unable to find steady work, we must ask the question whether now is really the best time to implement a legalization program.

Basic math would suggest that 16 million unemployed American workers would benefit from subtracting 12 million undocumented workers from the labor force. However, it isn’t that easy. Mass deportation is no silver bullet for solving our unemployment problem. Our economic and unemployment issues are not a matter of simple math or a zero sum game. In reality, American workers and recent immigrants workers are not easily interchangeable and removing millions of workers and consumers from our fragile economy would only make matters worse.

Moreover, what could help spur economic growth and create jobs is an aggressive legalization program for the 12 million workers without legal status in this country today. Studies have shown, again and again, that legalizing workers would move them into better paying jobs, homeownership and higher consumption of goods and services—all of which better the situation of native-born workers as well as their immigrant counterparts.

The simple math of “swapping” one worker for another just doesn’t hold up under close scrutiny.

In a recent IPC report, demographer Rob Paral took a close look at Census and Department of Labor data and found that there is a huge disparity between immigrant workers and unemployed natives, making it such that they don’t compete for jobs longterm.

Even during a time of economic recession and high unemployment, most native-born workers do not compete with most immigrants for the same jobs. This is apparent even when we compare unemployed natives with employed “recent” immigrants who came to the United States within the past decade. Unemployed natives and employed recent immigrants tend to have different levels of education, to live in different parts of the country, to have experience in different occupations, and to have different amounts of work experience. As a result, they could not simply be “swapped” for one another.

The U.S. economy will not be lifted out of recession by removing immigrant workers from the labor force. Rather, the key to recovery is creating jobs. Encouraging unemployed machinists on the East Coast to become food servers on the West Coast is not a recipe for long-term economic growth.

Furthermore, deporting 12 million employees, consumers and tenants would do further damage to our already ailing economy. The Perryman Group estimated the dynamic effects of removing all undocumented immigrants in 2008—which would result in a $551 billion loss in total expenditures and elimination of 2.8 million permanent jobs in the United States. This is in addition to huge losses of existing and potential tax contributions.

Surprisingly, what makes most sense, spurs economic growth, and creates jobs is a program that would require undocumented workers to start on a path to legalize their status.

A recent study by IPC, Economic Progress via Legalization, reviews the positive economic impact legalization had on workers. Legalization turned formerly clandestine workers into higher-paid employees. The report also documents the improvement in socioeconomic status that these workers experienced which in turn resulted in increased contributions to the U.S. economy.

Research by Dr. Sherrie Kossoudji, an economics professor at the University of Michigan, also found that after legalization, fewer immigrants sent money home and those that did, sent less. The result was higher contributions into their local communities, which meant more consumption and more jobs for U.S. workers.

Even the libertarian CATO institute found that legalizing undocumented workers in the United States would have significant economic benefits for the country. It concluded that continuing to spend scarce resources on enforcement alone and creating more restrictive immigration laws would actually hurt the U.S. economy.

So while it is far more expedient to blame undocumented immigrants for our unemployment problems rather than critically assessing and addressing the reasons for native-unemployment (outsourcing, education levels and institutional failures), in the long-term we will have failed our economy and the ranks of the unemployed unless we address practical solutions that will get our economy and workers back on their feet.