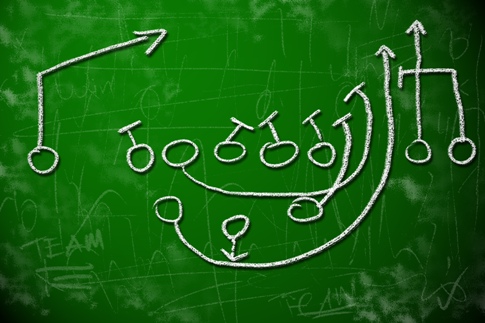 Senate Republicans have “thoughtfully’ provided immigration advocates with their strategy for opposing immigration reform in 2010, courtesy of a letter sent to Secretary Napolitano protesting her recent statements that immigration reform is both necessary for DHS to do its job and good for the economy. The letter, signed by twelve Republicans— including Sens. Orrin Hatch of Utah, Charles Grassley of Iowa, and Jeff Sessions of Alabama—was described by Sen. Hatch’s press statement as “taking Napolitano to task” for her remarks. It’s a playbook for the coming year, showing how to make points that are long on emotion and short on facts.

What’s particularly disturbing about this playbook, aside from its appalling lack of facts, is that Senator Orrin Hatch of Utah led the way. Hatch, the original sponsor of the DREAM Act, has often demonstrated a more nuanced approach to immigration than some of his colleagues. By ignoring facts and playing to America’s fears about the economy, Hatch and the other eleven Senators who signed this letter are doing their best to scapegoat immigrants and immigration for our economic woes.

It’s a dangerous game—even in places like Utah, where one might suppose that an anti-immigrant message will play well. As the IPC’s latest state fact sheet shows, however, Utah, like most everywhere else in the country, is coming to depend more and more on immigrants. Utah relies on immigration—legal and illegal—to help fuel its economy. For example, one in seven Utah residents are Latino or Asian. Immigrants comprised just over ten percent of Utah’s workforce in 2007—and 5.8% of the workforce was comprised of undocumented immigrants.

According to one study, if all of the undocumented workers in Utah were to suddenly disappear, the state would lose $2.3 billion dollars in expenditures, $1 billion dollars in economic output, and more than 14,000 jobs. Mind you, 14,000 jobs wouldn’t be available to unemployed Americans—14,000 jobs would simply disappear from the Utah economy creating a ripple effect that would spill over to all of the workers and citizens for whom Sen. Hatch has professed such concern.

An immigration playbook that preys on Americans fears is an insult to the nation’s intelligence. We need an actual debate about immigration, not more smoke and mirrors that try to trick people into opposing immigration reform out of fear. Sooner or later, voters in Utah, Iowa, Alabama and elsewhere will figure out they are being duped. For all of our sakes, let’s hope it’s sooner than later.