Shenandoah is a Cautionary Tale for How to Debate Immigration Reform 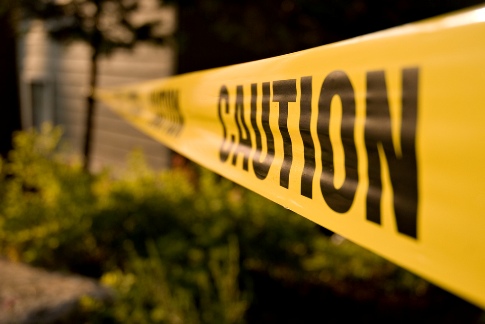 This week a police chief and two of his officers were charged with obstruction of justice in connection with their investigation of the beating death of Luis Ramirez, a 25-year-old undocumented Mexican immigrant, in Shenandoah, PA, last year. The two teenagers acquitted of his murder were also indicted on federal hate crime charges. While some measure of justice may eventually be served in the Ramirez case, this tragedy should serve as a cautionary tale as we move into 2010 and gear up for a new round of immigration reform debates. Policy makers and the media must understand that when the debate devolves from reasoned, fact-based discussions into fear and hate-mongering the consequences can be dire.

Three federal indictments that include commission of a hate crime, obstruction of justice, conspiracy, official misconduct, and extortion have been recently handed down by a federal grand jury in the case of the fatal beating of Luis Ramirez. On July 12, 2008, Ramirez was beaten to death when his alleged assailants attacked him in the street on their way home from a town festival, kicking and hitting him while members of the group yelled racial slurs. Ramirez died from the injuries he sustained in that hateful attack, leaving behind his partner and their two children.

The potential impact on Latino communities of a hate-filled debate is particularly sobering. In its 2009 hate crimes report, the Leadership Conference on Civil Rights identified an eerie trend:

The increase in hate crimes directed against Hispanics for the fourth consecutive year is particularly noteworthy and worrisome because the number of hate crimes committed against other racial, ethnic, and religious groups has over the same period shown either no increase or a decrease.

The increase in violence against Hispanics correlates closely with the increasingly heated debate over Comprehensive Immigration Reform and an escalation in the level of anti-immigrant vitriol on radio, television, and the Internet. While reasonable people can and will disagree about the parameters of Comprehensive Immigration Reform, in some instances, the commentary about immigration reform has not been reasonable; it has been inflammatory. Warned an April 2009 assessment from the Office of Intelligence and Analysis at the U.S. Department of Homeland Security (DHS), “in some cases, anti-Immigration or strident pro-enforcement fervor has been directed against specific groups and has the potential to turn violent.

So far, there are already signs that the debate will, once again, be divisive as commentators, anti-immigrant groups and some Members of Congress have begun using the nation’s unemployment numbers as a way to pit native-born workers against immigrants despite evidence to the contrary.

While pushing back on immigration reform by discussing joblessness may sound like a more rational way to debate the issue, in fact it is not since immigrants do not compete for most jobs held by the native-born. The concept that immigrants steal jobs is simply not supported by data and again pits native-born workers against their foreign-born counterparts in way that fuels the same kind of anti-immigrant sentiment that has characterized past debates.

We can do better than this. There is room for negotiation and compromise, but there is no room for intentionally misleading the public and fueling hatred that leads to tragedy.