And They’re Off! Immigration Reform for a New Decade 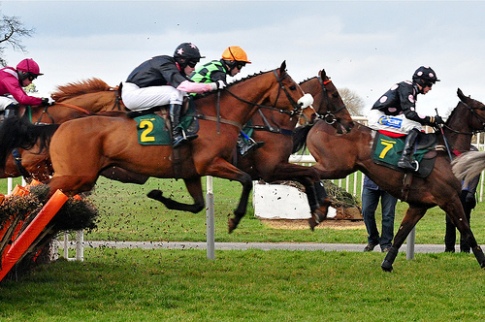 Thousands of organizations, activists, and citizens are already out of the gate and will spend 2010 racing towards the finish line of fixing our broken immigration system. Some dedicated students have even embarked on a 1,500 mile walk from Miami to Washington D.C. in hopes of bringing attention to the human needs and costs behind our outdated system.

Many months of planning (and waiting patiently for other priorities to work their way through Congress) have brought our nation to this critical point. One important step was taken in December when Congressman Luis Gutierrez introduced the first comprehensive reform bill in this session of Congress, with more to come in the House and Senate. Groups across the political spectrum have declared their support for reform, from organized labor, to religious and community groups to the business community.

Newspapers around the country are also editorializing around the need for common sense reform and remedies and even predicting how the whole process will unfold. The L.A. Times writes:

With the health care battle still unfinished, the Obama administration has been laying plans to take up an issue that could prove even more divisive—a major overhaul of the nation’s immigration system.

Senior White House aides privately have assured Latino activists that the president will back legislation next year to provide a path to citizenship for the estimated 12 million illegal immigrants living in the United States.

In a recent conference call with proponents, White House Deputy Chief of Staff Jim Messina, political director Patrick Gaspard and others delivered the message that the White House was committed to seeing a substantial immigration bill pass and wanted to make sure allies were prepared for the fight.

The White House has signaled its readiness for reform and leaders in Washington have shown they can wrestle difficult issues through the labyrinth of Congress to get to 60 votes in the Senate and a majority in the House. Now it’s up to everyone else who cares about this issue to show the White House that they are ready for the race.