A Closer Look at Immigration Reform Legislation in the New Year 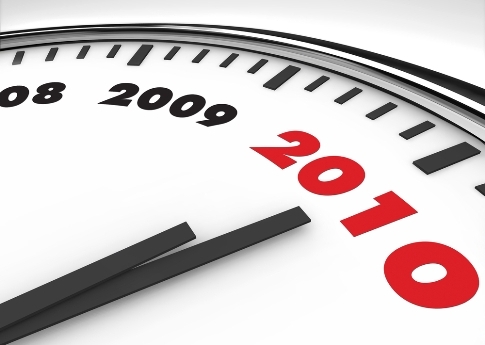 Everyone pulled out the sports analogies last week when Congressman Luis Gutierrez and his 91 co-sponsors introduced H.R. 4321, the Comprehensive Immigration Reform for America’s Security and Prosperity Act of 2009—and rightly so, as this bill marks the opening bell in the 2010 immigration debate. It is not only the first major piece of comprehensive reform legislation introduced in the 111th Congress, but the first since the last debate on immigration reform, which took place in May and June of 2007 in the Senate.

But CIR ASAP also marks the end of a year that has been filled with movement on immigration reform. Most of it was not legislative, but reflected instead the change in Presidential administrations. Among the key developments:

Still, there’s no denying the significance of the 644 page legislative package introduced last week. While it is a product of 2009, many of the proposals, including detention reforms and family reunification proposals, reflect tremendous work over the years by many of the co-sponsors—including Reps. Woolsey, Roybal Allard, Honda, Grijalva, Reyes, and Berman—while other sections incorporate legislation from Senators Menendez, Durbin, and former Senator Obama. As with all legislation of this type, it is a compilation of new and old ideas, woven together to reflect both a prescription for immigration policy and a plan for bringing along votes.

Does this mean that CIR ASAP is merely a marker bill, one designed to throw down the gauntlet, but not to move? Not exactly. Senator Schumer, as head of the Senate’s immigration subcommittee, and Congresswoman Lofgren, chair of the House Immigration subcommittee, are both expected to champion their own legislative packages in the coming year. It’s anticipated that Sen. Schumer will introduce his own comprehensive package early in 2010, which is likely to change significantly as it goes through committee, and then through the whole Senate. Assuming Senate passage, then the House will have to decide whether to simply take up the Senate bill, introduce a new package, or take CIR ASAP and its fellow proposals (and there will be more, it’s the nature of the game) through committee markups and so forth. So, it’s hard to tell what everything will look like by the time a bill hits the president’s desk. But CIR ASAP contains a number of viable solutions, and the final package will no doubt reflect some of those ideas—and hopefully some of the passion that infuses the bill.

So, while CIR ASAP may be the beginning of an era, it is also the end of a period of transition. The administration has made its position pretty clear. A big chunk of the House has now, too. The next move is Senator Schumer’s—and then the real games begin.