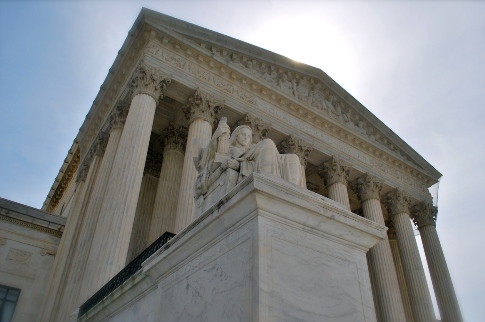 Last week, the U.S. Supreme Court announced it would decide whether a permanent resident who was convicted of a second drug possession offense can be deported without an opportunity to make a case for why he should be allowed to remain in the United States. This case, which will resolve a split in the federal courts, will affect hundreds of immigrants who face deportation each year. It also serves as an unfortunate reminder that we still struggle with the adverse effects of the overbroad and unforgiving immigration laws passed by Congress in 1996.

The case is brought by Jose Angel Carachuri-Rosendo, a lawful permanent who came to the United States with his parents when he was four years old. Mr. Carachuri-Rosendo’s four children and his fiancé are United States citizens. In 2004, Mr. Carachuri-Rosendo was convicted of possession of less than two ounces of marijuana and sentenced to 20 days of confinement. The following year, he was convicted of possessing a tablet of Xanax, an anti-anxiety drug, for which he did not have prescription. The state prosecutors did not charge him under recidivist provisions (which carry an enhanced sentence), and he was order to serve only ten days in jail. Subsequently, the government initiated removal proceedings against him, and the federal court (the U.S. Court of Appeals for the Fifth Circuit) said that his Xanax possession conviction renders him deportable from the United States without any opportunity to show he deserves a second chance and without any consideration of the effect his deportation will have on his U.S. citizen children and fiancé.

Undoubtedly, many drug offenses are serious crimes and Congress had good reason to make felony “drug trafficking crimes” deportable offenses. Yet, some courts have broadly interpreted the “drug trafficking” provision to include second simple possession offenses which are neither felonies nor trafficking crimes. To make matters worse, in 1996, Congress took away immigration judges’ discretion to make individualized decisions about whether a person should be deported. Immigration judges, therefore, are barred from weighing the seriousness of the crime against the person’s equities, such as the effect deportation will have on his U.S. citizen families, the contributions the permanent resident has made to his community, and the length of his residency in the United States. Therefore, individuals like Mr. Carachuri-Rosendo—whose two simple possessions landed him in jail for only 30 days and who has lived in the United States practically his entire life—have no opportunity to present a case for why he should be allowed to remain here. Such a result unfairly and unnecessarily disrupts the lives of not only those who are deported, but also their U.S. citizen families and friends who rely on them for support.

The Supreme Court will have an opportunity to help fix this situation by holding that a second simple possession offense is not a “drug trafficking crime” absent any recidivism finding in the criminal court. However, Congress also should do its part: it should restore immigration judges’ discretion to consider the particular circumstances in a person’s case, thus affording each person facing deportation an individualized and fair opportunity to be heard.