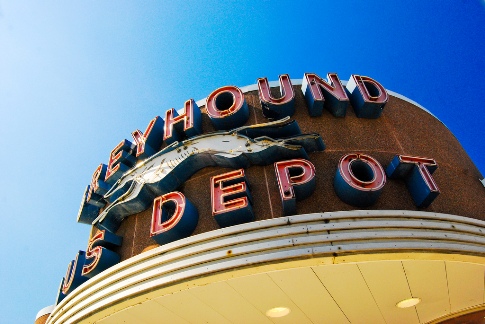 Traveling home for the holidays might not be as cheerful as you may think if you plan on taking a Greyhound bus. According to a recent article in the Contra Costa Times, an immigrant rights group in San Bernardino, CA, is accusing Greyhound Lines, Inc. of racially profiling their Latino customers. The rights group, Immigration Raids Response Network, alleges that Greyhound Lines Inc. targets Latino riders by allowing Border Patrol agents—along with Greyhound employees—to “conduct immigration checks of passengers upon their arrival at the San Bernardino Greyhound bus station.” The rights group is now urging Latinos not to ride Greyhound buses nationwide.

When a bus arrived from the border city of Calexico at about 10:45 p.m., Guzman said Greyhound guards closed off the boarding area until passengers were checked by immigration officers and the bus was empty.

Greyhound only recently became aware of these practices. We plan on reaching out to (immigration) officials for further information. Greyhound seeks to balance the lawful and reasonable activities of law enforcement with the dignity and privacy of our valued customers.

The fact of the matter, however, is that this is not the first time Greyhound Lines Inc. has been under fire for their policy towards immigrants. Back in 2005, immigrant rights groups blasted Greyhound for their “Transportation of Illegal Aliens’” policy, which “warns Greyhound’s employees to be aware of people in large groups, moving in single file and traveling with little or no luggage. It says other telltale signs include people trying to hide or stay out of plain view or large groups led by a guide who holds everyone’s tickets.” Failure to comply with said company policy, apparently, could result in an employee’s firing.

Obviously, the real problem here is Greyhound, directly or indirectly, asking its employees to act as enforcers of federal immigration law. If Greyhound employees are instructed to “be on the lookout for” or identify passengers who may be undocumented based on appearance, naturally there will be allegations of racial profiling—much like many joint programs where state and local agencies enforce federal immigration laws. The difference here, however, is that Greyhound is a commercial enterprise, not an enforcement agency.

Furthermore, Emilio Amaya, executive director of the San Bernardino Community Service Center, warns Greyhound that allowing immigration status checks of its passengers will alienate the Latino community—and for a company like Greyhound, which typically carries about 21.2 million passengers a year to more than 2,200 destinations, a Latino boycott could be devastating.