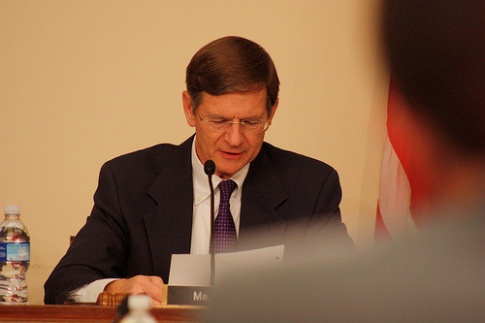 Representatives Lamar Smith (R-TX) and Gary Miller (R-CA) would like the public to think that they have the same concerns as most Americans today, releasing a joint statement expressing anxiety over the 15 million Americans currently without work. On its face, their statement—“we must enforce our current immigration laws to ensure illegals do not take away jobs that rightfully belong to American and legal workers”— makes sense. In a vacuum, if our economy provided only a set number of jobs available for American workers, Messrs. Smith and Miller would be correct. However, this is just not the case.

The notion that unemployed natives could simply be “swapped” for employed unauthorized immigrants is not valid economically. In reality, native workers and immigrants workers are not easily interchangeable. It is unrealistic to expect unemployed native workers to travel across the country or take jobs for which they are overqualified. Worse, removing millions of workers (at an enormous cost) from our economy would further reduce tax revenues and consumer spending, resulting in even more job loss.

In short, a better way to create jobs for Americans would be to legalize many of the unauthorized through comprehensive immigration reform, which would allow them to pay even more taxes and spend even more to stimulate our economy. These contributions would provide more jobs for American workers. The facts, not the talking points, show that immigrants who legalize improve their education, improve their wages, move out of poverty, buy homes, and become invested in their communities.

Particularly troubling is Miller’s statement about his home state: “At home in California, almost weekly I hear from my constituents that illegal immigration is exacerbating the unemployment crisis.” Yet, as the Immigration Policy Center, the University of Southern California and more recently, the California Immigration Policy Center have reported, immigrants are vital to California’s flailing economy and without them, California’s dire budget situation might even worsen. California’s immigrants comprise more than a third of California’s labor force, and pay more Social Security taxes on average than U.S. born households. If all unauthorized immigrants were removed from California, the state would lose $164.2 billion in expenditures, 72.9 billion in economic output, and approximately 717,000 jobs.

Everyone is looking for someone to blame for today’s economy, but we would do well not to blame those may be able to help us out of the crisis.