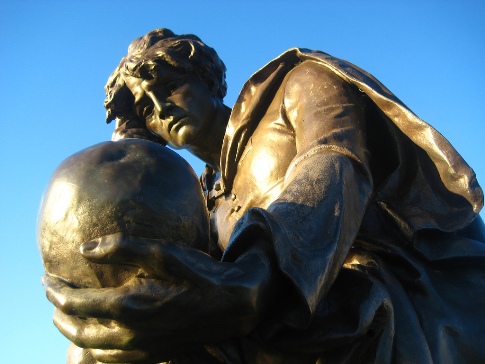 In last night’s State of the Union Address, President Obama’s comments on immigration were simple, ‘we should continue the work of fixing our broken immigration system—to secure our borders, enforce our laws, and ensure that everyone who plays by the rules can contribute to our economy and enrich our nation.’ It was neither detailed nor overly passionate, but signaled that immigration reform was still a priority for his administration under a broader push for greater civil rights.

However, President Obama’s minimalist approach to the issue has set off tensions on both sides of the issue. One particularly anti-immigrant crusader characterized the President’s comments on immigration as some sort of “code,” noting that ‘he (Obama) seemed to be trying to signal to the supporters of “amnesty” and comprehensive immigration reform that he was still behind them, but in words that the voters watching on TV wouldn’t understand.’ On the other hand some pro-immigrant groups have begun writing the obituary for immigration reform after last night, feeling the President just didn’t say enough.

Perhaps the President could have said more. He could have called for immigration reform as a component of rebuilding our economy and laid out the case for reform more systematically—making clear all the work going on behind the scenes at the White House and Department of Homeland Security to make immigration reform happen. But it’s important to remember a couple of things.

First, the mere mention (or lack of one) of an issue in the State of the Union cannot be underestimated. The Washington Times writes about what a SOTU mention can mean to public policy issues:

“A State of the Union address can launch major reforms, focus the nation’s attention or spark international tensions. But for many groups looking to advance their agenda, just earning a mention by the president is the Holy Grail. “It can have a very significant impact,” said Bob Dinneen, chief executive officer of the Renewable Fuels Association. Mr. Dinneen cited President George W. Bush’s address in 2006 as a case in point. In the speech, Mr. Bush talked about the need to stop the nation’s “addiction” to foreign oil and to embrace ethanol and other renewable fuel sources. “It really teed up a discussion about energy policy and led to the passage of the energy bill in 2007 that resulted in the renewable-fuel standard in this country,” Mr. Dinneen said. “So it was an important catalyst.”

Second, early this afternoon the Senate leadership discussed the ongoing work happening on immigration reform, with no signs of retreat. Congressional Quarterly (CQ) reported on the press conference today:

Senate Democratic leaders say they intend to press ahead with an immigration overhaul bill despite waning enthusiasm for the measure among many in their caucus. “It is something we’re committed to do,” Majority Leader Harry Reid, D-Nev., told reporters on Thursday. “And we’ll do it as soon as we can.” Charles E. Schumer, D-N.Y., chairman of the Senate Judiciary Subcommittee on Immigration, Refugees and Border Security, who is leading the effort to draft a bill, said, “We are making good progress.”

It’s a well-known fact that the road to reform is uphill—that success demands resilience, commitment and dogged determination with no room for drama or distraction. Anyone in the fight for immigration reform knows that reform can’t come fast enough; that lives and futures are at stake. But determining the future of immigration reform on a “word count” in the State of the Union address is bad strategy. Instead, immigration advocates should keep Presidential promises in perspective, redouble their efforts and continue to hold Congress’s feet to the fire. As the President said last night, he can’t do it alone.