Shining a Light on ICE Misconduct 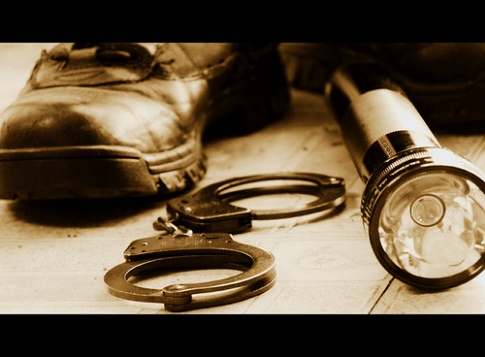 The New York Times reported yesterday on a lawsuit filed against federal contractor Signal Construction, which includes allegations that Immigration and Customs Enforcement (ICE) colluded with Signal to illegally deport workers as a scare tactic and for retaliation purposes against 500 Indian guest workers who are currently in a legal battle against Signal.

The new revelations were further discussed in a press conference today, held at the National Press Club in Washington, DC featuring representatives from the Lawyers’ Committee for Civil Rights Under Law and the New Orleans Workers’ Center for Racial Justice. The testimony from depositions in the case involving Indian workers and Signal could prove that ICE colluded with the Signal to arrange illegal deportations and used ICE enforcement to quell labor strikes.

In 2006, Signal International hired approximately 500 skilled immigrant workers from India to repair offshore oil rigs in the aftermath of Hurricane Katrina. Many workers paid as much as $20,000 to Signal recruiters, who in turn promised that their H-2B temporary work visas would converted into green cards, and thus put the workers on a pathway to citizenship.

The lawsuit contends that when the workers began to organize against their employer they sought advice from ICE who advised Signal on how to retaliate against the striking workers, including directions for illegally deporting the workers. Second, ICE officials told Signal that if they were given the names of protests leaders in the labor camps, ICE would seek to deport them. ICE officials also offered to track and apprehend any Signal workers who ran away in order to “send a message.”

Particularly troubling is the allegation that the ICE agent named in the deposition was also the ICE official appointed to conduct internal investigations when the initial accusations came to light. This means that the same official that colluded with Signal to illegally deport workers was the official in charge of interviewing guest workers and investigating claims about how Signal was treating its workers. ICE officials allegedly tried to stop the investigation both within ICE and other investigating bodies, as well as delay the trafficking visa applications of the workers.

At this point, it is unclear how far-reaching the collusion was within ICE. This morning, Saket Soni, Executive Director of the New Orleans Workers’ Center for Racial Justice, stated his belief that this was only the tip of the iceberg. He pointed to the breadth of the violations—advising the company on how to deport, the collusion on names and apprehensions, and the undermining of other agencies—as potential evidence that the collusion between ICE and Signal may have necessarily involved a number of ICE officials.

If this is the case, a swift and thorough independent investigation is necessary. While the initial transgressions occurred under a different administration, the conveners of the press conference said it is the responsibility of DHS Secretary Janet Napolitano and ICE Assistant Secretary John Morton to ensure that none of the ICE workers perpetrating this collusion remain employed, and to ensure the safety and well-being of the hundreds of Indian workers who were taken advantage of.