How Remittances Can Help Haiti Recover and Strengthen the U.S. Economy 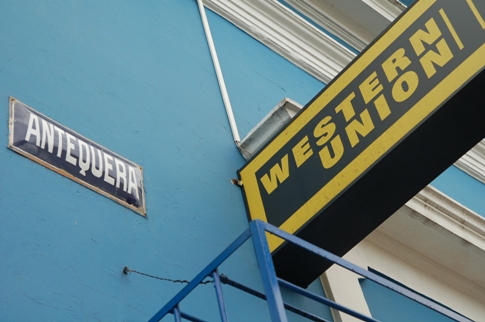 Each year, millions of immigrants in the U.S. send billions of dollars in remittances to friends and family members in their home countries. It is easy to mistakenly assume that this represents a huge loss for the U.S. and in this economy, why are we allowing billions of dollars to be sent abroad? Like all things immigration-related, however, the relationship between remittances and the U.S. economy is much more complex than meets the eye. While it’s true that remittances are an important source of income for immigrant-sending countries, remittances are also a huge boost to U.S. exports and the U.S. economy.

According to a report published today by the Immigration Policy Center (IPC), Many Happy Returns: Remittances and their Impact by Kristin Johnson, Ph.D., remittances perform several important functions:

All of this comes into particular focus when considering Haiti, which will benefit from the remittance as it recovers from a devastating earthquake. Haiti is the poorest country in the Western Hemisphere, and it has received over a billion dollars in remittances in the last year. Remittances may account for up to 30% of Haiti’s national income. The majority of people who receive remittances are very poor, and the money they receive from immigrants abroad is, in some cases, the only income they have. In the short term, remittances, along with foreign aid and donations, will be vital to Haitians’ survival. In the medium-term, remittances will play a critical role in the rebuilding of the country’s physical and financial infrastructure.

Those same remittances will also have a net benefit for the U.S. Between 1990 and 2009, 50-60% of Haiti’s imports came from the U.S. The bulk of these imports are comprised of food products and household goods, with the largest dollar amounts realized in rice, wheat and meat products—48% of the food consumed in Haiti is imported. The remittances sent to Haiti mean that Haitians are able to get the most basic supplies like food and other goods, and that means more exports from the U.S.