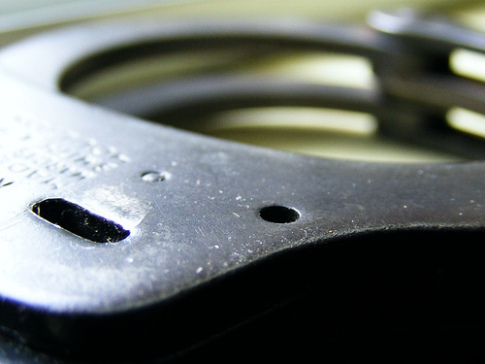 Supporters of Arizona’s harsh new immigration law claim that it is, among other things, a potent tool in the crime-fighting arsenal. For instance, the bill’s author, Republican State Senator Russell Pearce of Mesa, confidently predicts that the law—which requires police to investigate the immigration status of anyone who appears to be unauthorized—will result in “less crime” and “safer neighborhoods.” However, Sen. Pearce overlooks two crucial points: crime rates have already been falling in Arizona for years despite the presence of unauthorized immigrants, and a century’s worth of research has demonstrated that immigrants are less likely to commit crimes or be behind bars than the native-born. Moreover, the law is likely to distract the police from investigating non-immigration related crimes and dissuade immigrants from cooperating with the police, making neighborhoods less safe.

It is also worth noting that “high immigration” states such as Arizona tend to have the lowest crime rates in the country. According to a 2008 report from the conservative Americas Majority Foundation, the total crime rate declined 13.6 percent in the 19 highest-immigration states (including Arizona) from 1999 to 2006, compared to a 7.1 percent decline in the other 32 states. And, as a story in Reason Magazine describes, El Paso, Texas—which is a relatively poor and heavily Latino city that is home to many unauthorized immigrants—is among the safest big cities in the United States, even though it is next door to the violence-ridden Mexican city of Ciudad Juarez.

Contrary to the claims of Pearce and his allies, unauthorized immigration is not associated with higher crime rates. For instance, although the unauthorized immigrant population doubled to about 12 million from 1994 to 2004, data from the Bureau of Justice Statistics indicates that the violent crime rate in the United States declined by 35.1 percent during this time and the property crime rate fell by 25.0 percent. The decline in crime rates was not just national, but also occurred in border cities and other cities with large immigrant populations such as San Diego, El Paso, Los Angeles, New York, Chicago, and Miami.

More broadly, immigrants as a whole are much less likely to be incarcerated than the native-born population. For example, a 2007 study by University of California, Irvine, sociologist Rubén G. Rumbaut, found that for every ethnic group, without exception, incarceration rates among young men were lowest for immigrants, even those who were the least educated. This held true especially for the Mexicans, Salvadorans, and Guatemalans who make up the bulk of the unauthorized population.

Arizona’s new immigration law only serves to distract police from fighting crime. One need look no further than Arizona’s Maricopa County and Sheriff Joe Arpaio for an example of how turning local police into immigration-enforcement agents detracts from actual crime solving. While Maricopa County has diverted resources to immigration enforcement, response times to 911 calls have increased, arrest rates have dropped, and thousands of felony warrants have not been served.

While much has been made recently about kidnappings in Arizona, law-enforcement officials indicate that most of these involve drug smugglers and human smugglers, as well as smuggled immigrants themselves—not the general population of the state. Combating crime related to human smuggling requires more trust between immigrants and the police, not less. Yet the undermining of trust between police and the community is precisely what Arizona’s new immigration law accomplishes. In the final analysis, immigration policy is not an effective means of addressing crime because the vast majority of immigrants are not criminals.