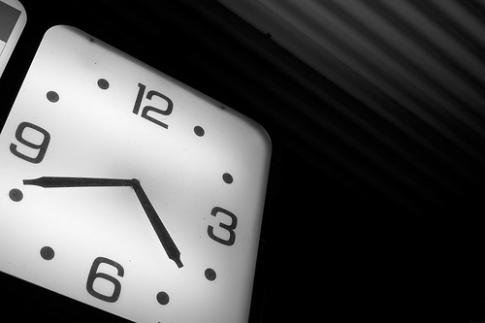 In a sudden about-face last week, the Department of Homeland Security (DHS) reversed its position on an interpretation of law which drastically increased immigrants’ vulnerability to deportation. In a brief filed on April 21, DHS urged the Board of Immigration Appeals (BIA) to modify an existing precedent decision in a pending BIA case, Matter of Alyazji. The modification, suggested by respondent’s attorney, Wayne Sachs, and amicus curiae, the American Immigration Council’s Legal Action Center, limits when an immigrant could be ordered deported for certain past crimes.

The case deals with a provision of the Immigration and Nationality Act, § 237(a)(2)(A)(i) that causes an immigrant to be deportable if he or she is convicted of a crime involving moral turpitude (CIMT) committed 1) within five years after the date of admission and 2) for which a sentence of one year or longer may be imposed. The meaning of the word “admission” is at the crux of the debate. Matter of Shanu, the BIA precedent decision at issue in this case, held that “admission” could also mean “adjustment of status.” That means that even after a person is admitted and has lived in the U.S. for five years, his or her later adjustment of status to lawful permanent resident could restart the five-year clock. Thus, under Matter of Shanu, a person could live in the U.S. for many more than five years and continue to be vulnerable to removal for conviction of a CIMT.

The Board’s decision in Matter of Shanu undermines Congress’s intent that only people who turn to crime soon after arrival in the U.S. should be deported. As the Seventh Circuit reasoned in a case that rejected Matter of Shanu, “[q]uickly turning to crime can be revealing about character, if not about the real reason for coming to the United States.” However, if adjustment of status were to restart the five year clock, a person with a clean record who adjusts status more than 5 years after his or her initial lawful admission to the U.S. could be deported. Stretching this vulnerability to removal beyond five years after an initial lawful admission was not Congress’ intent.

In addition, Matter of Shanu allows an Immigration Judge to choose between the earlier lawful admission date and the later adjustment of status date. As the Ninth Circuit pointed out, an Immigration Judge who is able to choose among different dates for purposes of determining removability, would exercise “unbounded discretion with disparate effects and drastic immigration consequences.” This unfettered discretion would produce unfair results, where immigrants with similar patterns of admission and subsequent adjustment of status could either be removed from the U.S. or remain as lawful permanent residents at the whim of the Immigration Judge.

The government’s sudden change of position may be related to the fact that four courts of appeals have already disagreed with Matter of Shanu, and that the Board, in its request for supplemental briefing in Matter of Alyazji, questioned the continued viability of Matter of Shanu. Whatever the motivation, it is refreshing to see DHS adopt a more reasonable interpretation of the law that is in agreement with the language of the statute and Congress’ intent. It is now up to the Board to issue a precedent decision that rejects Matter of Shanu, and holds that the initial lawful admission to the U.S., not the later adjustment of status, counts for purposes of removal under INA § 237(a)(2)(A)(i).