States Playing with Enforcement-Only Fire Likely to Get Burned 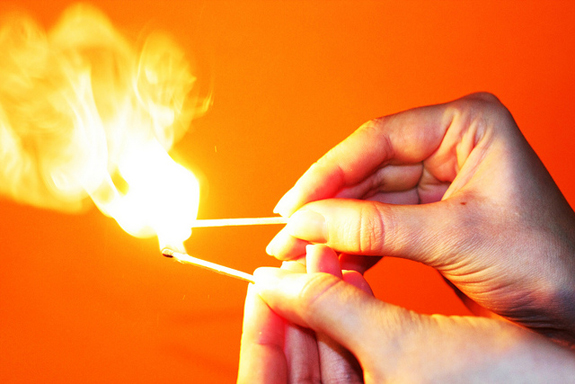 The steady drumbeat of protest continued this week in states considering restrictive immigration measures. Indiana, for example, got a taste of forthcoming economic backlash when two organizations threatened to pull conventions from the state if enforcement legislation passed—a costly lesson Arizona knows well. Legislators in other states considering similar measures—Nebraska, Michigan, Arizona and Alabama—also heard from concerned members of the community this week who fear the economic and social damage these measures will cause in their state. Although playing with enforcement-only immigration measures might have helped some of these state lawmakers light up their political careers, taxpayers are starting to realize that they’re ultimately going to get burned.

In Indiana this week, the Indianapolis Convention & Visitors Association warned legislators that organizations, fearful of Indiana’s copycat enforcement bill (SB 590), will begin pulling conventions from the state. Leaders from the Presbyterian Church said they would pull their bi-annual conference scheduled for July should the bill pass. Similarly, Oregon-based Resources Recycling, which has an event scheduled in Indiana this August, said they “would never hold another conference in Indiana again if the immigration bill passes.” The Convention & Visitors Association joins a chorus of concerned state leaders—including the attorney general and an association of mayors—who worry that the state simply cannot afford this law.

As of the end of last year, Arizona’s SB 1070 cost state an estimated $141 million in cancelled conferences, with future cancellations triggering “more than a quarter billion dollars in lost economic output and more than $86 million in lost wages” as well as 2,800 jobs over the next two to three years, according to a report. That’s not even counting the mounting costs to defend the law, which recently passed the $1 million mark.

Other states considering enforcement-only measures are also hearing a steady stream of protest this week. In Nebraska, law enforcement in Omaha and Lincoln—the state’s two largest police departments—said their Arizona copycat bill (LB 48) would “significantly raise taxpayer costs, hurt existing crime-fighting efforts and spawn dozens of lawsuits for false arrest.” In fact, a police research group released a new report this week detailing what police can do to navigate the challenges of enforcing federal immigration law.

Religious leaders in Michigan spoke out against the negative fiscal impact of a copycat bill, HB 4305, introduced last week. Rev. Fred Thelen of Lansing said it would be “foolish” to implement HB 4305 considering that “Michigan’s economy relies on attracting the best and brightest from across the world.”

Teachers in Arizona rallied against immigration measures (SB 1611, SB 1407) introduced last week that would require schools to verify the immigration status of students. Teachers called the law “despicable” for targeting undocumented children and said the measures would distract teachers from doing their jobs. SB 1611, which also forces hospitals to ask for proof of citizenship, landlords to evict undocumented immigrants and the state to issue special birth certificates denying undocumented immigrants “Arizona citizenship”—was passed by a state Senate Appropriations Committee this week and heads to the state Senate and House.

In Alabama, the Association of County Commissions said the state couldn’t afford HB 56, an Arizona-style measure introduced this week, because county jails are likely to fill up with undocumented immigrants too quickly. The bill was delayed by a legislative committee.

Also this week, some lawmakers who have introduced enforcement-only bills are softening their language and reintroducing alternatives to their bills. In Texas, for example, lawmakers who are still considering a slew of harsh immigration laws are, strangely enough, also considering HB 1202, an enforcement bill introduced by Rep. Debbie Riddle which exempts undocumented maids, yard-keepers houseworkers.

In Utah, Rep. Stephen Sandstrom, who agreed to pull his enforcement-only bill (HB 70) this week to take out “objectionable language,” also introduced HB 466 which would allow Utah businesses to solicit temporary labor directly from Mexico. Rep. Sandstrom said he introduced HB 466 because he “supports immigration,” which is a little hard to swallow given that HB 466 ignores the roughly 110,000 undocumented immigrants currently in Utah. Furthermore, Rep. Sandstrom’s new version of HB 70, HB 497, appears to be just as harsh or even harsher than the original.

And although some state legislatures moved immigration enforcement legislation in Georgia (HB 87), Oklahoma (HB 1446) this week, as well as the introduction of a string of bills in Pennsylvania—the voices of dissent continue to grow. Perhaps if state lawmakers listened to their constituents and considered the economic consequences, they might realize that playing with enforcement-only immigration is a surefire way to burn down your state’s economy.