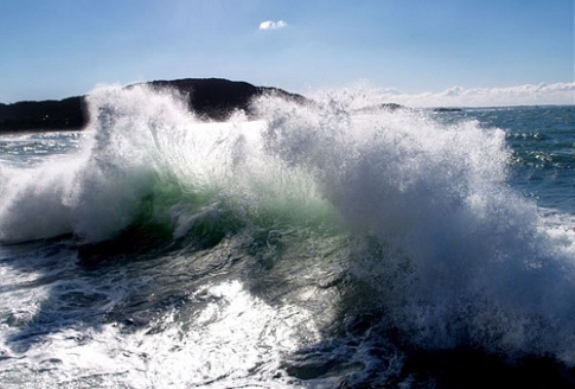 Over the last few weeks, the media has slowly picked up on the tepid response state legislatures have given to copycat immigration enforcement measures, noting the gradual cooling of enthusiasm and support for these highly divisive measures. Lawmakers, under pressure from business groups, have already shot down enforcement measures in Arizona, Colorado, Iowa, Kentucky, Nebraska, New Hampshire, South Dakota, Virginia, and Wyoming while other states, like Kansas, draw closer to permanently stalling these bills. While these battles are far from over, the response of key supporters indicates that they, too, know that the public is becoming disenchanted. Today, Politico ran an editorial by Arizona state Senator and author of SB 1070, Russell Pearce, who, in what sounded like a cross between a crusader and a sore loser, attempted to defend his honor against the recently failed package of immigration measures in Arizona.

In his editorial, state Sen. Pearce goes backwards through time to prove that while his current package of get-tough immigration bills may have failed, he has, in fact, previously succeeded in passing restrictive immigration measure.

Prior to SB 1070, I introduced many other measures that addressed illegal immigration — and eventually became law. In 2004, 56 percent of Arizona voters approved Prop 200, which denies certain government benefits to illegal immigrants and prevents voter fraud.

While this may be true, Sens. Pearce’s defense sounds a lot like a politician backed into a corner. To make matters worse, Pearce also went after the business community, labeling them the “cheap labor lobby.”

Much has been made of an open letter that 60 chief executive officers of Arizona businesses sent me, urging the Legislature not to “pass any additional immigration legislation.” They focused on the supposed negative effects of a boycott of Arizona. But it is not unreasonable to suspect that a desire for cheap labor was also a factor.

Really? “The supposed negative effects?” Sen. Pearce might want to ask the state’s convention industry about the estimated $141 million it lost in cancelled conferences this year or check with the tourism industry, which lost 3,000 jobs and $490 million in revenue due to SB 1070.

Meanwhile, Hispanic legislators in Kansas, where an Arizona-style bill was recently tabled, are blowing the whistle on the bill’s author, Kris Kobach. As we’ve reported before, Kobach, a well-known restrictionist and Kansas’s Secretary of State, has hired himself out to city councils across the country to write, and subsequently defend from lawsuits, ordinances that target unauthorized immigrants. Four Hispanic legislators—three Republicans and one Democrat—specifically named Kobach as one of the reasons Kansas has engaged in a divisive immigration debate. The legislators sponsored a resolution similar to the Utah Compact which calls immigration a federal issue that “needs to be dealt with on that level.”

And while the rebuke of effort by Sen. Pearce, Secretary of State Kobach, and others is welcome news for fans of common sense, it is far too early to pat anyone on the back. Pearce and the groups that have long supported him, like the Immigration Reform Law Institute (IRLI), made progress because they have been continually chipping away at a sense of balance in the immigration debate. Proponents of good immigration policies, fiscal responsibility, and state civility have to be equally prepared to push back time and again. Clearly, though, these efforts are getting under Pearce’s skin—one drop of water at a time.