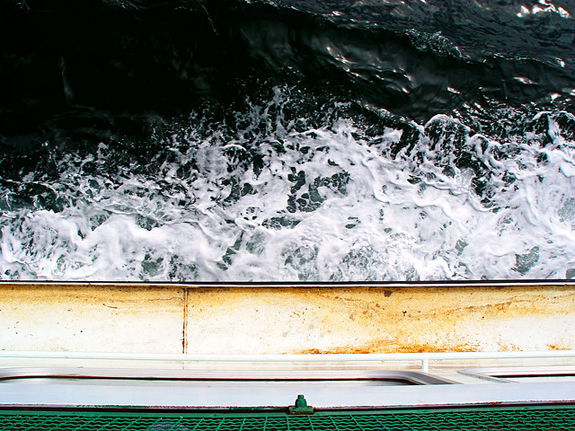 Throughout the months-long debate over restrictive immigration measures, many state lawmakers have considered the fiscal and political impacts and decided to throw them overboard. This week was no different as opposition to costly enforcement legislation continued. A tough immigration bill was likely killed in Kansas this week after the House refused to move the bill out of committee. In Georgia, more than 3,000 people took the streets outside the State Capitol urging Republican Governor Nathan Deal to re-consider two Arizona-style bills which recently passed the state’s legislature. And in Mississippi, Governor and GOP presidential hopeful, Haley Barbour, is wrestling with Arizona-style legislation—weighing his own political ambitions against the contributions immigrants make to the state.

Despite his best efforts, immigration restrictionist and Kansas secretary of state Kris Kobach’s immigration enforcement bill (HB 2372) seems likely to die in committee. This week, the Kansas House voted 84-40 against an effort to bypass the House Judiciary Committee where Kobach’s bill was tabled last week. Kobach’s Arizona-style bill would have required police to check the legal status of those they reasonably suspect are here without documents and state and local governments to require proof of citizenship before administering public aid.

According to the Kansas City Star, opponents worried the bill would “stretch already overworked police, prove costly to businesses, and pose an administrative nightmare for workers who provide health services.” City officials have also spoken out against the bill, calling it “an unworkable, expensive, unfunded mandate that cities and counties couldn’t afford and were ill-equipped to carry out.”

In Georgia, thousands of protestors took to the streets this week to urge conservative Governor, Nathan Deal, to reconsider signing an Arizona copycat bill should it reach his desk. The Georgia Legislature is considering two immigration enforcement bills (SB 40 and HB 87) which, in addition to allowing police to verify immigration status, would make it illegal to transport an undocumented immigrant and “requires agencies administering public help to require proof of citizenship.”

Civil rights group in the state continue to speak out against the bills. The Georgia Latino Alliance for Human Rights said Georgians would “lose all civil rights, all human rights, all constitutional rights” should the bills become law.

Wade Henderson of the Leadership Conference on Civil and Human Rights (LCCR) and Janet Murguía of the National Council of La Raza (NCLR) said Georgia’s speeding down a dead-end street, highlighting the economic fall out Arizona experienced—costly legal fees, economic boycotts, loss of tourism and convention business—as a result of SB 1070. According to Henderson and Murguía, “those losses would be even greater in Georgia since Atlanta is a renowned international business center, home to some of the most important companies in the United States, including Coca Cola, UPS, NCR, Delta, and CNN.”

Finally, Mississippi Governor and GOP presidential hopeful, Haley Barbour, seems to be weighing his political ambitions with the state’s economic well-being. Gov. Barbour has not yet indicated whether he will sign a final version of Mississippi’s immigration enforcement bill—the legislature is still reconciling two versions (SB 2179 and HB 54)—despite concerns of racial profiling and economic costs from advocates and faith groups. A spokesperson for the Governor, however, said he “supports strong, enforceable immigration laws,” but the Governor has also supported a legalization program for undocumented immigrants in the past.

Gov. Barbour also publically acknowledged the vital role immigrants played in rebuilding Mississippi after Hurricane Katrina, commenting that he didn’t know “where we would have been in Mississippi after Katrina if it hadn’t been for the Spanish speakers that came in to help rebuild, and there’s no doubt in my mind that some of them weren’t here legally.”

Like Gov. Barbour, many state lawmakers are grappling with what to do about harsh immigration enforcement legislation—legislation that has proven to be an economic disaster time and time again. While the “get tough on immigration” may appeal to a conservative base, legislators need only look to Arizona to know it will leave their state in financial ruin. Hopefully, as legislative sessions come to a close, lawmakers will find the political courage to abandon ship on costly enforcement measures that neither solve our immigration problems nor benefit their state.