Tuition Equity Could Be Coming Soon to a State Near You 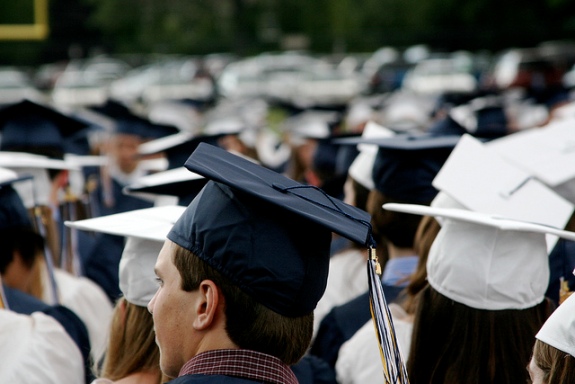 Those who follow state immigration policy may have taken note of an interesting phenomenon—the recent momentum behind state level tuition equity proposals. Just this week, Oregon’s Senate passed a Republican-sponsored tuition equity bill which proposes to level the playing field for promising and motivated undocumented students by ensuring that they pay the same in-state tuition rates as their US citizen and legal permanent resident classmates. In states without tuition equity laws, talented undocumented students who are eager to attend state colleges or universities must pay out-of-state tuition rates, which in some states are as much as 350% higher. As a result, many exemplary undocumented high school graduates are forced to abandon their dreams of higher education and a better future for themselves, and their family due to the high cost of tuition.

To date, ten states have introduced tuition equity legislation during the 2011 session with a flurry of activity in Colorado, Connecticut, Maryland, and most recently, Oregon:

These states are poised to join other states that already have tuition equity laws on the books, including California, New York, Kansas, Nebraska, Utah, Washington, Texas, and Wisconsin, Illinois, and New Mexico.

Oregon’s case is particularly interesting considering the two lead Senate sponsors of SB 742, Senators Morse and Nelson, are Republicans who voted against tuition equity proposals in 2003 and have since changed their minds. In fact, popular and voter support for laws that expand opportunity and access for undocumented youth is still relatively high.

A full (and bipartisan) 70% of voters supported passing the DREAM Act—a bill which would have granted legal status to an estimated 2.1 million undocumented youth who came to the U.S. at a young age and either completed at least two years of postsecondary education or enrolled in the military. Although the DREAM Act died in the Senate in December 2010, its ethos of providing and expanding opportunity to promising and motivated undocumented youth is being resurrected in a host of tuition equity proposals at the state level.

Some states have realized they must retain their tuition equity laws to ensure funding for their higher education systems. For example, roughly 27% of Oregon’s university system funding is supported by student tuition and fees. In 2009, Utah decided to keep their tuition equity law after they realized repealing the law would result in the state university systems losing at least $1.5 million in tuition fees. Similarly, Colorado’s tuition equity bill, SB 126, is estimated to infuse the state higher education system with up to $1.2 million in tuition fees.

Let’s hope that states continue to follow the money while supporting immigrant youth by passing tuition equity laws that ensure educational opportunity for the very college graduates our nation needs to lead the way out of the current economic downturn.