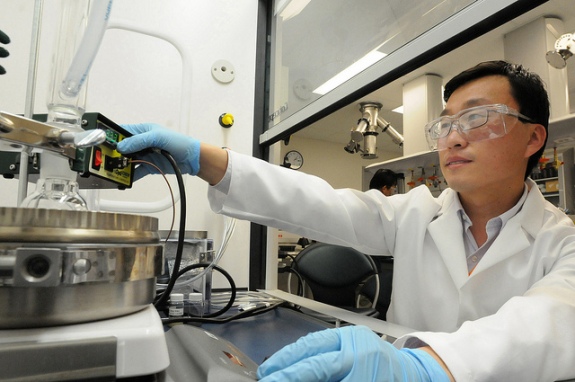 Today, a House Immigration Subcommittee hearing underscored the U.S. economy’s reliance on scientists and engineers from abroad. The hearing, entitled “H-1B Visas: Designing a Program to Meet the Needs of the U.S. Economy and U.S. Workers,” was characterized by considerable disagreement among witnesses and subcommittee members as to how the H-1B program for highly skilled foreign professionals should best be structured in terms of wage protections and job portability. But virtually everyone, including Subcommittee Chairman Elton Gallegly (R-24th/CA) and Judiciary Committee Chairman Lamar Smith (R-21st/TX), agreed that foreign-born scientists and engineers, including many who come to the United States on H-1B visas, make critical contributions to the U.S. economy.

Just how important immigrants are to U.S. science and engineering (S&E) is apparent in a 2008 study from the Harvard Business School. The study found that immigrants comprise nearly half of all scientists and engineers in the United States who have a doctorate, and accounted for 67 percent of the increase in the U.S. S&E workforce between 1995 and 2006. Moreover, the study found that the H-1B visa program “has played an important role in U.S. innovation patterns” over the past 15 years. This is evidenced by the fact that the number of inventions, as measured by patents, has increased when H-1B caps are higher due to “the direct contributions of immigrant inventors.”

The economic importance of foreign-born scientists and engineers will only increase as the U.S. labor force grows older and more native-born workers retire. The National Science Board concludes that, “barring large reductions in retirement rates, the total number of retirements among workers with S&E degrees will dramatically increase over the next 20 years.” This suggests “a slower-growing and older S&E labor force”—a situation that would worsen “if either new degree production were to drop or immigration to slow.”

Similarly, a 2007 study by Jacob Funk Kirkegaard of the Peterson Institute of International Economics concludes that “when American baby boomers retire, they will take as many skills with them as their children will bring into the U.S. workforce.” According to Kirkegaard, these demographic trends—combined with the growing international competition for skilled workers—suggest that “in the coming decade, America could face broad and substantial skill shortages.” Kirkegaard says that to overcome these challenges, the United States will not only have to implement new educational policies to produce more high-skilled Americans, but also “reform its high-skilled immigration policies and procedures not only to welcome the best and the brightest but also to make it easier for them to stay.”

The long-standing reliance of the United States upon foreign-born scientists and engineers was succinctly described during today’s hearing in the testimony of Bo Cooper, former General Counsel to the Immigration and Naturalization Service (INS): “Throughout our history, our country has operated on the principle that the more brain power we can attract from around the world, the more creativity, invention, and growth we can achieve here at home.”

Scientists and engineers from abroad do not simply fill jobs; they create jobs through their innovation and entrepreneurship. It is in the economic best interest of the United States to attract as many of these highly skilled professionals as possible, and persuade them to stay.