Are the Wheels Falling Off DHS’s Immigration Enforcement Wagon? 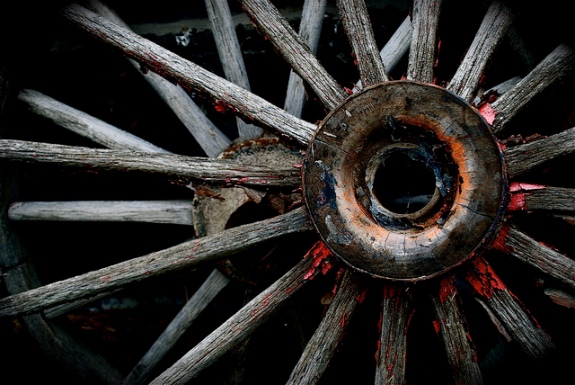 Over the last few weeks, DHS Secretary Janet Napolitano has been on an enforcement tour defending the Administration’s record on border enforcement while criticizing conservative lawmakers’ “enforcement-first” legislative strategy (Napolitano has repeated called on lawmakers to stop “moving the goal posts”). Calling out  legislators for using the border as an excuse to stall immigration reform is important, but maybe Secretary Napolitano should take a serious look at the egregious enforcement actions taking place right under her nose. Yesterday in Michigan, ICE agents apparently followed immigrants from their homes to a nearby elementary school where they were dropping off their children.

According to the Detroit Daily News, six ICE agents surrounded Hope of Detroit Academy (an elementary school) last week, trapping parents inside for nearly an hour. ICE left the school area, but later arrested at least two parents in warrantless stops outside the school. According to the Alliance for Immigrant Rights & Reform Michigan (AIR), the fact that ICE was even at the school violates ICE’s own policies:

ICE’s own policies explicitly prohibit these type of intimidation tactics near schools and places of worship, except in extreme circumstances and with prior authorization from headquarters.

In response, ICE issued a statement today admitting that “elements of the operation appear to have been inconsistent with policy and our standards and priorities” and promised to take “appropriate steps” if an internal review reveals that procedures were violated.

Sadly, this is hardly an isolated incident. Last month, Customs and Border Patrol (CBP) deported 4-year-old Emily Ruiz, a U.S.-born citizen and resident of New York, to Guatemala after her grandfather was flagged for a previous illegal entry at the airport. According to the family’s lawyer, “a border agent gave Emily’s dad two choices over the phone: she could be held at juvenile facility in Virginia or go back to Guatemala with her grandfather.” Her father, who said he was never told he could come and pick her up, chose for her to return to Guatemala for fear that she would be put up for adoption should she be held in the U.S. Emily has since been returned to her family.

Clearly, surrounding an elementary school and deporting U.S. citizen children is not listed anywhere under DHS’s comprehensive enforcement strategy. And at this point, an internal review of whether agents followed protocol seems like a weak afterthought. Perhaps the Administration needs to spend more time focusing on oversight and smarter enforcement policies—policies that don’t devastate U.S. families and communities—rather than touting a record number of deportations.