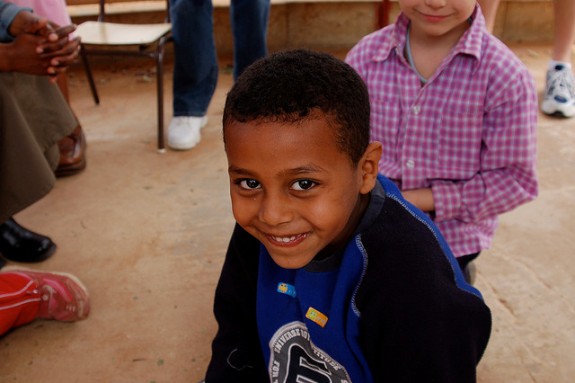 Opponents of immigration reform are often quick to differentiate their disdain for unauthorized immigration and their alleged support of legal immigration. But finding evidence of their support for legal immigration has always been difficult. Over the past several months, the House Subcommittee on Immigration Policy and Enforcement has conducted several hearings where some members have questioned the value of most forms of immigration, including legal avenues. This week, the Subcommittee tackled diversity visas, a program which provides 50,000 green cards annually by lottery to persons from countries that do not currently send many immigrants to the United States. And per usual, restrictionist Subcommittee members used the hearing as yet another opportunity to perpetuate the myth that all immigrants, including legal immigrants, are stealing jobs from native-born workers.

The diversity immigrant category was created by the Immigration Act of 1990 to stimulate “new seed” immigration from parts of the world that are under-represented in the U.S. As Ranking Member Zoe Lofgren (D-CA), stated during the hearing, the program was created to encourage continued immigration opportunities for people from Italy or Ireland, but today plays an important role in helping people from African nations immigrate to the U.S., and contributes about 4.8 percent of the total permanent immigration to the U.S.

Rep. Lofgren also fought back against the myth that diversity visa immigrants are uneducated or have few skills, stating:

In 2003 the State Department described a typical diversity visa recipient as a male professional age 26 to 30 holding a university degree… diversity immigrants were two and a half times more likely to report managerial or professional occupations than other lawful permanent residents in fiscal year 2009.

The lack of genuine oversight and stewardship on the part of the Subcommittee’s leadership makes one wonder what their real motives are. While there are a range of appropriate questions that can be asked about immigration, proposing the elimination of a class of visas without looking at the broader issues inevitably pits groups of immigrants and other stakeholders against each other. Shouldn’t leadership focus on creating a real dialogue about how to create an immigration system that operates as a valuable resource to the American economy?

Rep. John Conyers (D-MI) hit the nail on the head when he said that these hearings are “never about how to improve the system; [they’re about] how to eliminate the system.”