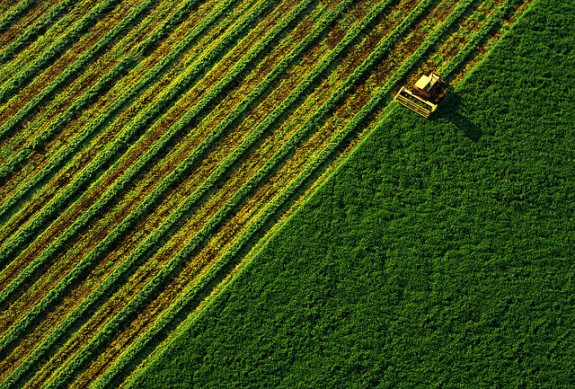 For months, the business community and farming industry have warned state lawmakers that immigration enforcement legislation will hurt state economies, pointing to Arizona’s economic crash-and-burn as a prime example. This week, however, a group of agricultural leaders in Georgia upped the ante, sending a letter to state lawmakers urging them to consider just how much enforcement measures will cost the state. Georgia is one of the few remaining states (Alabama, Florida, Indiana, Oklahoma, South Carolina and Tennessee) still contemplating Arizona-style enforcement measures. Meanwhile, advocates, legislators and business leaders in other states continue to warn lawmakers that these enforcement measures will cost their state much-needed revenue and jobs.

In Georgia this week, a group of 270 agricultural leaders sent a letter urging lawmakers to kill two Arizona-style enforcement measures (SB 40 and HB 87), which the industry has repeated warned “discriminates against workers” and puts “Georgia farmers at a disadvantage to growers in other states.” Leaders from the Georgia Farm Bureau, Georgia Agribusiness Council and the Georgia Urban Ag Council signed the letter, which warned:

We must also weigh the unintended potential cost of losing major conventions, tourism, and international business opportunities. We urge you to consider the message we send to the foreign investors and workers that are vital to our success on the global stage.

According to the Atlanta Journal-Constitution, one immigration bill dismissed the letter as a “scare tactic.” Really? What’s NOT scary about an immigration bill that has already proven to cost Arizona an estimated $141 million in cancelled conferences, with future cancellations triggering “more than a quarter billion dollars in lost economic output, more than $86 million in lost wages and 2,800 jobs over the next two to three years?

Conservative lawmakers in Arizona actually voted down an immigration omnibus bill last month after a group of 60 Arizona business executives—including the CEOs of Pet Smart and U.S. Airways—sent a letter to the Arizona Senate urging lawmakers not to proceed with the bills. The letter cited costly economic boycotts, a decline in sales, lost jobs and cancelled contracts in their plea to halt legislation.

Legislators in California also cited the high cost of two immigration enforcement bills (AB1018 and AB 26) which target undocumented immigrants. State Rep. Mike Feuer said he “agreed with business representatives who said it would cost the state jobs and with law enforcement officials who said it would make Californians less safe by diverting resources otherwise used to fight more serious crimes.” Both measures were killed by a legislative committee this week.

Although legislation continued to move through state legislatures in Alabama (HB 56), Florida (SB 1896), South Carolina (S 20) and Tennessee (HB 1380) this week, lawmakers, businesses, and agricultural and advocacy leaders continue to sound the alarm over these laws’ potential impact on their state’s bottom line.

Indiana’s Republican House speaker, Brian Bosma, expressed concerns this week about how Indiana’s Arizona-style enforcement law (SB 590) might lead to racial profiling. He also said he was talking with business leaders about the bill. Two of Indiana’s biggest manufacturers—which generate billions in economic output and add jobs to the state—issued a statement in February detailing how SB 590 will “impede their ability to compete globally and grow in Indiana.”

Which begs the question, do lawmakers really still think their state can afford to implement these enforcement laws? They might want to stop dismissing the economic impact of Arizona-style laws as a threat, take a quick look at the aftermath in Arizona and realize that it’s an economic reality.