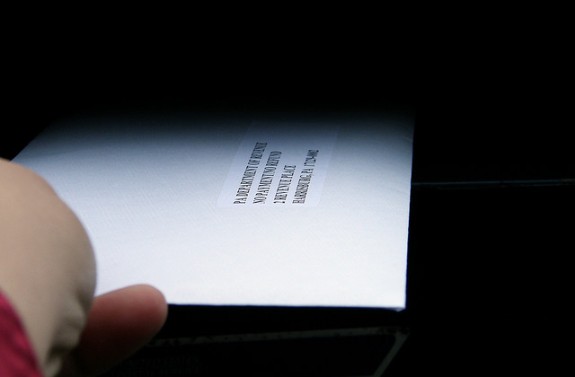 The Social Security Administration (SSA) just announced it will resume its practice of notifying employers of discrepancies in employee paperwork through “no-match letters”—a mechanism which threatens countless American jobs. Despite the Administration’s clear assertion that the letter “makes no statement” about a worker’s immigration status, employer confusion over the letters has led to erroneous firings and lost wages in the past, and threatens to be the case now. It is anticipated that over 1 million workers will be the subject of these letters.

Each year, employers file a Wage and Tax Statement (Form W-2) with SSA and the Internal Revenue Service to report how much they paid their employees and how much they deducted in taxes from employees’ wages throughout the year. SSA sends a no-match letter when the names or Social Security numbers listed on an employer’s Form W 2 do not match SSA’s records. According to SSA’s Office of the Inspector General, more than 70 percent of the 17.8 million discrepancies in SSA’s database belong to native-born U.S. citizens.

Sounds harmless, right? Wrong. While the purpose of these letters is simply to ensure that workers are getting credit for their earnings, a now-rescinded 2007 Bush administration rule turned the letter on its head. Under the rule, U.S. Immigration and Customs Enforcement (ICE) could use the receipt of a no-match letter as evidence that an employer had knowledge that the employee who is the subject of the letter is not authorized to work and required employers to take certain steps to avoid liability, including terminating employees who could not fix database errors. The new rule essentially sent the message that a no-match letter would be used against the employer to prove an immigration violation.

The National Immigration Law Center and other civil rights and labor unions filed a lawsuit to stop this economically devastating rule, which was eventually blocked by the courts. In fact, in issuing a decision that blocked the rule from being implemented, the Court stated that if the rule were allowed to proceed, it would “result in irreparable harm to innocent workers and employers.” And in 2009, Secretary Napolitano rescinded the no-match rule citing the lawsuit. SSA also suspended its employer no-match program over the last three years.

So why send the letters now? Employers fearful of ICE enforcement will ignore SSA’s claims that the letters do not make an assertion about immigration status, and unnecessarily fire immigrant and US-born workers alike. The government itself estimated that if the rule were implemented at least 70,000 citizens and legal immigrants would lose their jobs because of confusion over the rule and challenges that workers would face in correcting errors. The U.S. Chamber of Commerce put this number at 165,000.

In a time of 9% unemployment it seems almost unfathomable that the Administration would re-institute a policy that will cause the loss of American jobs. It’s time to retire the ineffective Social Security Administration “no-match” letter, and focus on creating jobs.