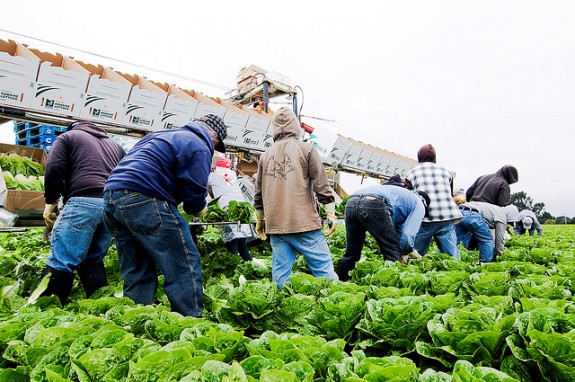 Fans of Arizona’s SB 1070 and its many imitators fail to mention one critical feature of their beloved legislation: its economic destructiveness. A dramatic example of just how destructive an SB 1070 clone could be is detailed in a new report from the Center for American Progress (CAP) and the Immigration Policy Center (IPC). The report, entitled Revitalizing the Golden State: What Legalization Over Deportation Could Mean to California and Los Angeles County, spells out the economic losses that would result from the removal of all unauthorized immigrants from California as a whole and Los Angeles County in particular. The report then compares this to the economic gains which would flow from legalizing the unauthorized population. CAP and the IPC released a similar report about Arizona last month.

As the new report describes, the reason that removing the unauthorized population is economically destructive is relatively straightforward: “When undocumented workers are taken out of the economy, the jobs they support through their labor, their consumption, and their tax payments disappear as well.” Conversely, “were undocumented immigrants to acquire legal status, their wages and productivity would increase, they would spend more in our economy and pay more in taxes, and new jobs would be created.” The report quantifies both of these scenarios through economic modeling and comes up with some rather astounding numbers.

If all unauthorized immigrants were deported, the economic impact on California and Los Angeles County would be devastating.

On the other hand, if unauthorized immigrants acquired legal status, this would provide a boost to the California and L.A. County economies.

For any state or locality grappling with budget deficits and high unemployment, SB 1070-style legislation would amount to economic self-destruction. Which alternative makes more sense? Embarking on a costly crusade to remove unauthorized workers, consumers, and taxpayers from the economy—and shedding jobs in the process? Or granting legal status to unauthorized immigrants, thereby raising their wages, consumer purchasing power, and tax payments—and creating new jobs in the process? That shouldn’t be a tough call to make.