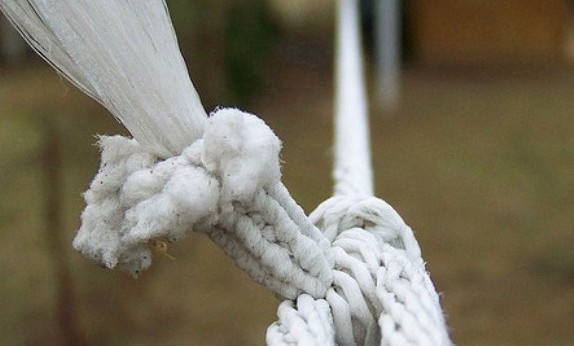 President Obama delivered a heartfelt commencement address this weekend at Miami-Dade College that once again showed the difficult tightrope he walks on immigration. On the one hand, he reminded his listeners yet again how important immigration reform, including passage of the DREAM Act, is to the continued moral and economic vitality of the country. On the other hand, he said, yet again, that he can’t change the system on his own:

I strongly believe we should fix our broken immigration system. Fix it so that it meets our 21st-century economic and security needs. And I want to work with Democrats and Republicans, yes, to protect our borders, and enforce our laws, and address the status of millions of undocumented workers. And I will keep fighting alongside many of you to make the DREAM Act the law of the land.

Like all of this country’s movements towards justice, it will be difficult and it will take time. I know some here wish that I could just bypass Congress and change the law myself. But that’s not how democracy works. See, democracy is hard. But it’s right.

Changing our laws means doing the hard work of changing minds and changing votes, one by one. And I am convinced we can change the laws, because we should all be able to agree that it makes no sense to expel talented young people from our country.

Some of these remarks were likely prompted by the increased efforts to promote immigration reform through executive branch action. In fact, a number of DREAM Act students were on campus, holding signs urging the president to use his administrative authority to promote education over deportation. The President very carefully demurred, arguing that democracy requires that we change each mind one vote at a time.

Well, yes, if you are talking about significantly reforming our immigration laws. The DREAM Act can’t become reality without legislation, nor can legalization for the 11 million undocumented, or creating a future flow system that works. But by framing the debate as an all-or-nothing, legislation or bust—and by invoking the democratic process in the bargain, the President is failing to acknowledge all the possible actions—as ameliorative and short-term though they may be—that properly lie within the authority of the executive branch.

An example of the range and scope of executive branch authority is outlined in a new memo issued by a number of immigration experts, which notes that every Administration infuses its viewpoint into the implementation of laws and policies. Through the exercise of prosecutorial discretion, deferred action, deferred enforced departure, humanitarian parole, and other administrative tools, Presidents have repeatedly shaped the direction of immigration policy—even when the laws are less than favorable.

Consequently, while the President can’t waive a magic wand and give DREAM students a permanent legal status, his Administration could go much further in declining to put DREAMERs into immigration proceedings. And it isn’t just DREAMers who might benefit from executive branch action. Countless recommendations exist—some of which were discussed in the IPC’s recent DHS progress report—that highlight actions the Administration can take through revisiting current legal interpretations, revising or writing regulations, or exercising more discretion in individual cases.

As the Milwaukee Journal-Sentinel said this weekend,

A new paradigm is necessary – something to move Congress to legislate. That, we believe, will require bold action from the president, using his executive powers.

He has done this on the environment, empowering the Environmental Protection Agency to regulate greenhouse gases in the absence of congressional action. Yes, this has become mired in the courts, and congressional Republicans are trying mightily to halt it. The point, however, is that, at the very least, opponents are exposed for their intransigence, and the issue goes to the front of the line.

The president can do much the same with immigration – simply in how he enacts existing policy.

As the President said, “democracy is hard.” But so is leadership. Exercising leadership by using his executive branch authority will be hard and sometimes unpleasant, but it is also an important part of the democratic process that shouldn’t be avoided as we struggle to improve our immigration system.