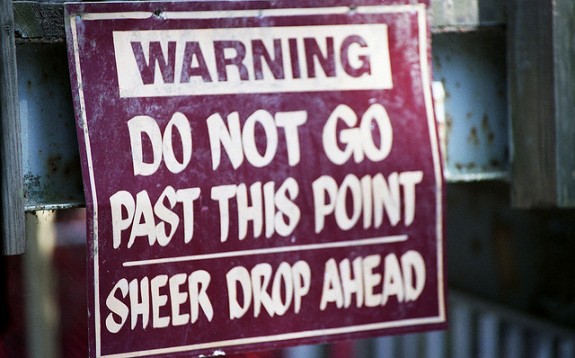 Although state lawmakers have heavily revised their immigration measures—stripping away provisions they believe will meet fierce opposition—they nevertheless continue to push forward, determined to put anything resembling “get-tough” legislation on the books. In fact, a number of measures targeting undocumented immigrants moved through state legislatures in recent weeks, including Florida, Indiana, Oklahoma and Alabama—despite warnings from lawmakers, advocates and business groups about the costly impact of these laws on their state.

In Florida, the state Senate passed a controversial measure this week that would “require the police to make a reasonable effort to determine the immigration status of people they arrest and jail.” The bill (SB 2040), however, was not expected to pass the Senate given that lawmakers stripped away an E-verify amendment—a provision supported by Gov. Rick Scott but strongly opposed by the business community, agricultural leaders, the Florida Chamber of Commerce and Disney. The measure now faces an uncertain future in the House where Republicans have taken a much harder line on immigration than the Senate. Florida’s Legislature is expected to recess for the year today.

A watered-down immigration bill in Indiana (SB 590)—which “requires most Indiana businesses to check the immigration status of new employees, forbids distribution of state aid to illegal immigrants and prohibits local governments from refusing to abide by federal immigration law”—recently passed the state House and Senate and now awaits Gov. Mitch Daniels’s signature. The bill, however, was stripped of Arizona-style enforcement provisions before passage due to warnings from the tourism industry, business community and Gov. Mitch Daniels (a 2012 presidential hopeful) about how the law will hurt the state’s economy.

The Oklahoma House voted this week to send their immigration measure (HB 1446) to committee. The bill allows local law enforcement to “question people about their immigration status in certain circumstances, allows the seizure of vehicles used in human trafficking, and makes it a crime for illegal immigrants to seek employment.” The Chamber of Commerce has repeatedly warned lawmakers that HB 1446 will harm businesses in the state. Rep. Ben Sherrer, a Democrat from Choutea, called the bill a burden: “I’m not satisfied there is a practical, cost-effective, state-level solution that doesn’t burden small businesses and our already stretched-thin law enforcement,” said Rep. Ben Sherrer.

In Alabama, two bills targeting undocumented immigrants are picking up steam, SB 256 (passed the Senate, needs House committee approval) and HB 56 (passed the House, needs Senate vote). Both bills, which require police to question the immigration status of anyone they reasonably suspect is in the country illegally and which make it a crime to “knowingly house, give a ride to, rent to or employ an illegal immigrant,” face opposition from Democrats who fear the laws will lead to racial profiling. “We’re going back to some day we don’t want to see, where people can be pulled out of a car because they look like somebody,” Democratic Sen. Rodger Smitherman said.

In Tennessee, however, lawmakers actually heeded the warnings surrounding the cost of three immigration bills which target undocumented immigrants. The bills, which require businesses, police and government agencies to verify people’s immigration status, have not advanced in the state Senate due to administrative and implementation costs, estimated in the millions. Votes in the House have also been delayed until the lawmakers find a way to pay for the costly measures.

And as reporter earlier this week, the ACLU filed suit against Utah’s immigration law HB 497 this week—a law which in addition to Arizona-style provisions, allows for state-based guest worker programs. Although the guest worker provisions aren’t slated to go into effect until 2013, Attorney General Eric Holder told Congress this week that the government is prepared to sue Utah if the state fails to change the law.

Perhaps state lawmakers—who insist on moving forward with costly enforcement measures—should keep an eye on how much Utah spends defending their immigration law in the months ahead. For the record, Arizona has already racked up $1.9 million in legal fees defending its law (not to mention an estimated $141 million lost in cancelled conferences). But then, that’s the price taxpayers must pay for lawmakers to appear tough on immigration.