Another Study Highlights Need for Legal Representation in Immigration Court 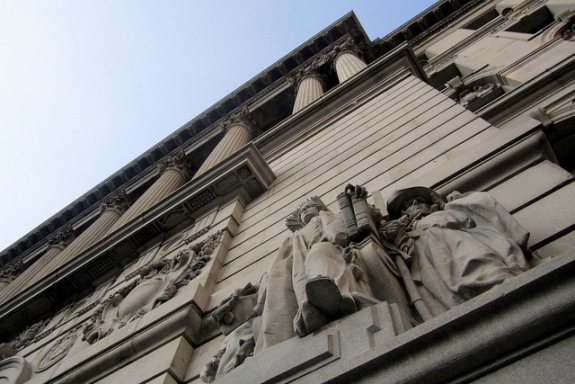 The government’s own statistics mirror this finding. The Government Accountability Office found that asylum applicants who had lawyers were more than three times as likely to be granted asylum as those who did not. Similarly, a comprehensive study of asylum outcomes by academics concluded that whether an asylum seeker was represented in court was “the single most important factor” affecting the outcome of the case.

Despite the importance of counsel, a staggering number of individuals in removal proceedings are forced to proceed without legal representation. The New York Representation Study found that 60 percent of detained noncitizens and 27 percent of non-detained noncitizens do not have lawyers. Nationally, the statistics are even worse. In FY 2010, 57 percent of all noncitizens in proceeding (both detained and non-detained) did not have lawyers. That means that last year, 164,742 noncitizens faced the daunting and often insurmountable task of navigating a complicated maze of procedural rules, statutes, regulations, and court decisions.

Not surprisingly, cost often is a barrier to representation, especially for detained noncitizens. As the study indicates, the vast majority (92 percent) of representation in New York is provided by private attorneys. However, cost is not the only impediment. Almost two-thirds of noncitizens arrested by ICE in New York are transferred to far-away detention facilities, most frequently, in Texas, Louisiana and Pennsylvania. Transfers make it more difficult to retain a lawyer, particularly when it means moving to a remote location where there are few lawyers and even fewer pro bono resources. They also may disrupt existing attorney-client relationships. As a result, the study found that 79 percent of individuals transferred to detention facilities outside New York are unrepresented.

Given the gravity of removal—which can range from permanent separation from family in the U.S. to being returned to a country where a person fears for his life—indigent noncitizens should be appointed counsel. Appointed counsel would not only help protect the rights of noncitizens and ensure just outcomes in removal cases, but also would make removal proceedings more efficient. Because non-attorneys generally are unfamiliar with the complex laws and rules governing immigration court hearings, immigration judges must spend precious time getting them up to speed. Lawyers can help streamline the process.