Posted by Michele Waslin | May 16, 2011 | Business & the Workforce, Economics, Employment and Wages, Entrepreneurship/Innovation 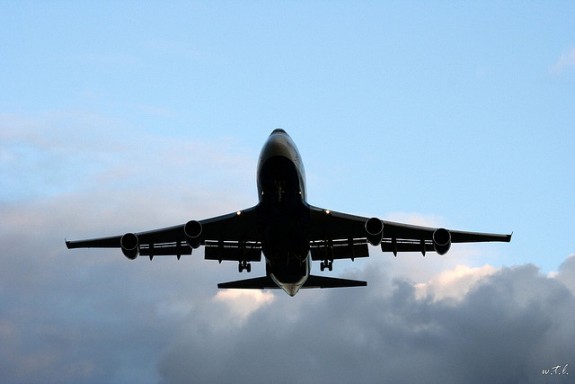 Restrictionists often perpetuate the myth that immigrants are not needed in our current economy—that they take jobs and hurt American workers.  But research has shown that immigrants not only grow the economy, but help create jobs and are part of the solution to our economic woes.  However, while immigrants can create jobs and start new businesses here in the U.S., they’re choosing to do it somewhere else in recent years due to our complicated and dysfunctional immigration system.

The most recent report to shed light on this issue is from the Kauffman Foundation, which recently released The Grass is Indeed Greener in India and China for Returnee Entrepreneurs. In this report, Vivek Wadhwa, an entrepreneur turned academic, and his colleagues from Duke, Harvard, and UC Berkeley looked into an astonishing new trend – highly-educated and skilled immigrants are “voting with their feet” and returning to their home countries where they start successful businesses.  They interviewed nearly 300 returnees in India and China who had started their own businesses.  According to Wadhwa, “Innovation that would otherwise be happening here is going abroad.  Without realizing it, we are exporting our prosperity and strengthening our competitors.”

The report estimates that tens of thousands of skilled immigrants are returning to their home countries every year, and the trend is accelerating.  Why?  First, the U.S. legal immigration process hasn’t been updated since 1990, and the current limit of 120,000 permanent visas per year for employment-based immigrants doesn’t match the current demand.  As a result, more than 1 million skilled immigrants and their families are in a backlog, waiting for their green cards.  They might have been educated here and worked here for a few years, but they cannot change jobs or be promoted because their visa indicates a specific job.  And without the certainty of permanent residency, they are in immigration limbo.

What does this mean for U.S. immigration policy?  According to Wadhwa, “The xenophobes who are lobbying against skilled immigration will cheer; but there won’t be more jobs for Americans; just less startups in the U.S. and more abroad. The U.S. pie will be smaller.”

However, the most significant factors in the decision to return home were career opportunities, family ties, and quality of life.  The immigrants surveyed wanted to start businesses within five years, and they felt their home country provided the best opportunity to do so.  In fact, 72% of Indian and 81% of Chinese returnees said the opportunities to start their own businesses were better or much better in their home countries.  Lower operating costs, access to local markets, and business networks were among the advantages in India and China.

Given the right conditions, many of these immigrant entrepreneurs may have decided to stay in the U.S., reunite here with their families, start up businesses, hire U.S. workers, and pay U.S. taxes.   But the news isn’t all bad.  Foreign entrepreneurs help to develop their countries’ infrastructure and economy, allowing them to do more business with the U.S. and consume U.S. exports.  Returnees maintain close relationships with their friends and business networks in the U.S., facilitating international collaboration, information exchange, research and development, and markets.