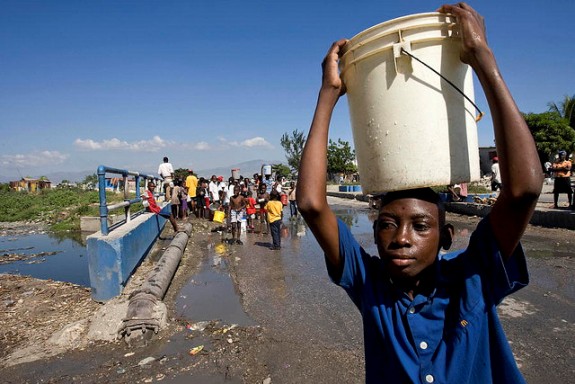 Today, Department of Homeland Security (DHS) Secretary Janet Napolitano announced the extension and re-designation of Temporary Protective Status (TPS) for Haitians currently in the United States. The extension would allow approximately 48,000 Haitian nationals—whose homeland was devastated by an earthquake in 2010 and is still plagued by disease and instability—to extend their TPS for an additional 18 months. Additionally, the re-designation would allow Haitian nationals who have continuously resided in the United States through January 12, 2011 (that is, who arrived up to a year after the earthquake) to obtain TPS. The 18-month extension and re-designation would begin in July, allowing Haitian nationals to live and work in the U.S. until January 2013.

TPS is a temporary immigration status granted to individuals residing in the United States who are, in the short-term, unable to safely return to their home country because of ongoing armed conflict, an environmental disaster, or other extraordinary and temporary conditions. Following the devastating earthquake in 2010, which killed 230,000 Haitians and caused $14 billion in damage, Haiti was hit again with a cholera outbreak which the World Health Organization estimates has killed nearly 2,500 people and infected close to 250,000 as of March 2011.

Not all Haitians, however, are eligible for TPS. Haitians who arrived after January 12, 2011, will not be eligible for TPS, nor will Haitians “convicted of a felony or two or more misdemeanors” in the U.S. or those subjected to “security or criminal-related bars of admission” or “bars to asylum.”

While many will (and should) praise DHS for its decision to extend TPS to Haitians as well as broadening the scope of people who qualify for it, others take issue with the fact that ICE, a department of DHS, has resumed deportations to Haiti. ICE announced in December 2010 that it anticipated deporting approximately 700 Haitians with “serious criminal convictions” by the end of 2011. Although ICE said it would only deport “serious offenders” (not “non-criminal aliens”), some worry that ICE’s “definition of “criminal” can be too broad, and fear that individuals with very minor criminal histories could be deported.” To date, ICE has deported 46 Haitians back to Haiti. One deported Haitian, a lawful permanent resident who lived in the U.S. for 17 years, died of cholera-like symptoms in a Haitian jail.

Instead, advocates are asking DHS to apply the same executive authority used to extend and re-designate TPS to Haitians currently facing deportation and “others adversely affected by harsh immigration policies who are eligible for immigration relief.”