Immigration Court Backlog Likely to Get Worse Before It Gets Better 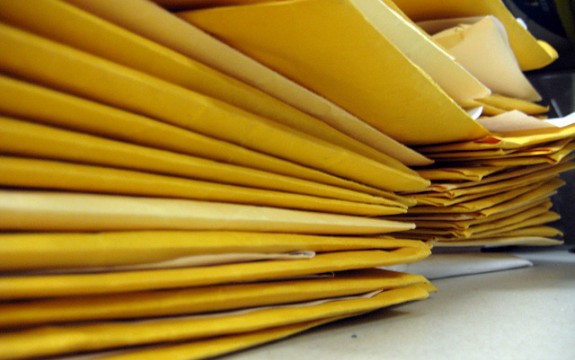 Numbers aside, the delays remain problematic from both a legal and practical standpoint. For individuals with no viable claims of relief, the backlogs delay the point by which they must inevitably leave the country. Meanwhile, immigrants wrongfully placed in removal proceedings—and asylum seekers whose fates hinge on the outcome of a hearing—remain stuck in legal limbo and can needlessly languish in detention. At the same time, Immigration Judges may feel (perhaps subconscious) pressure to resolve cases quickly rather than thoroughly.

Unfortunately, as numerous witnesses testified today before the Senate Judiciary Committee, the backlogs are likely to get worse before (or if) they get better. Juan Osuna, the Director of the Executive Office for Immigration Review, noted that immigration judges’ burgeoning caseloads are “directly tied to annual increases in cases filed in the immigration courts by DHS.” In other words, the more immigrants are swept into removal proceedings through cooperation with state and local law enforcement, including programs like Secure Communities, the longer the backlog will be.

At the same time, the witnesses agreed that hiring more immigration judges alone could not fix the problem. Karen Grisez, appearing on behalf of the American Bar Association, recommended more extensive use of pre-trial settlement conferences, which allow attorneys to mutually resolve claims before hearings begin, and the initial referral to trained DHS officers of asylum claims raised for the first time in removal hearings. Noting the frequency of meritless claims unwittingly filed by unrepresented immigrants, Grisez also suggested expanding access to the Justice Department’s Legal Orientation Program, which currently is available only to immigrants in detention facilities.

Another witness, Julie Myers Wood, who headed ICE during the second half of the Bush Administration, stressed that government attorneys should more frequently exercise prosecutorial discretion when deciding which cases to bring. A former federal prosecutor, Myers Wood said the hardest cases to litigate involved defendants representing themselves, and thus recommended the appointment of counsel for vulnerable immigrants—such as unaccompanied minors, certain asylum seekers, and those with mental disabilities.

But not every means of reducing the backlog is a good one. For example, Myers Wood, along with Senator John Cornyn (R-TX), suggested expanding a process—known as “expedited removal”—in which certain immigrants can be deported with no hearing at all. Though expanding expedited removal could potentially lessen the caseload on immigration courts, efficiency alone is never a valid justification for sacrificing immigrants’ legal rights.

The final point of agreement at the hearing was that the enactment of comprehensive immigration reform would be the best way to ease the burden on immigration courts. By reducing the number of immigrants eligible for deportation, Congress would, by necessity, reduce the number of immigrants placed in removal proceedings. Yet given the lack of Congressional movement on immigration reform or Administrative relief, the backlog of removal hearings, like the undocumented population itself, appears here to stay for the foreseeable future.