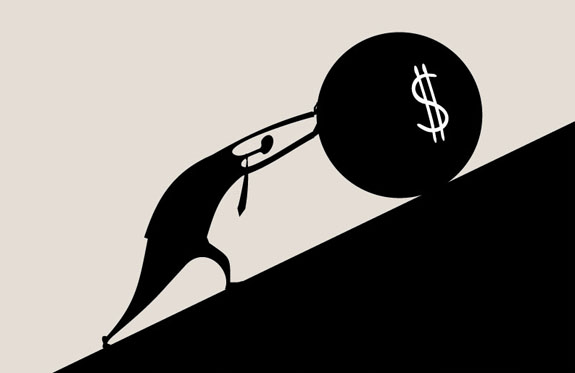 Despite repeated warnings from business groups, tourism and industry boards and advocates about the hefty price tag attached to Arizona-style legislation, state lawmakers continued to push “get tough” copycat proposals. Many ultimately rejected SB1070-style legislation (26, to date) due to high costs and political backlash, while others severely watered down, altered or put on hold legislation targeting undocumented immigrants. But states that did pass anti-immigrant legislation, like Georgia and Indiana, now face costly, uphill legal battles.

Yesterday, the ACLU, National Immigration Law Center (NILC) and several civil rights groups filed a class action lawsuit against Georgia’s copycat law signed into law by Governor Nathan Deal last month. Georgia’s law, HB 87, allows police to demand proof of citizenship during traffic stops, includes penalties for people who harbor or transport undocumented immigrants, and “makes it unjustifiably difficult for individuals without specific identification documents to access state facilities and services.” Among other things, the ACLU’s lawsuit charges that HB 87 is unconstitutional because it violates the Supremacy Clause of the Constitution, violates the Fourth Amendment by authorizing “unreasonable seizures and arrests,” and “restricts the constitutional right to travel freely throughout the United States.”

According to Karen Tumlin, an attorney with the NILC:

[HB 87] gives Georgians a reason to fear that they may be stripped of their constitutional rights simply because of the way they look or sound. Laws that promote this kind of bare-bones discrimination are out of step with history and cannot be allowed to stand. We are confident that the Court will agree that unconstitutional attempts to drive a wedge between Georgian communities should not be allowed.

Last week, the ACLU and NILC also filed a class action lawsuit against Indiana’s restrictive immigration law, SB 590, on the grounds that the law “authorizes police to make warrantless arrests of individuals based on assumed immigration status and criminalizes the mere use or acceptance of the commonly used consular ID card.” The ACLU also charged that SB 590 will lead to racial profiling and threatens to “trample upon the rights of all Indiana residents.”

Georgia and Indiana are the third and fourth states facing costly legal challenges in recent months due to SB 1070-inspired legislation. In addition to Arizona’s ongoing legal battle, the ACLU filed suit against Utah’s revised SB1070-inspired immigration-enforcement bill, HB 497, last month. A U.S. District Court judge then quickly blocked the law through a temporary restraining order because he feared implementation of the law would cause “irreparable harm.”

While some states, like South Carolina and Tennessee, might take the long view—putting their proposals on hold to edit out provisions that might spur similar legal action—other states, like Wisconsin and Alabama (which passed an Arizona copycat bill, HB 56, this week), seem intent on moving forward with Arizona-style legislation, despite Arizona’s costly legal lesson.

As previously reported, Arizona has spent upwards of $1.9 million in legal fees defending their law, not to mention revenue lost in cancelled conferences—roughly $141 million. Do taxpayers really have to wait until their state coffers are completely empty before lawmakers realize SB1070-inspired laws are bad for state economies?