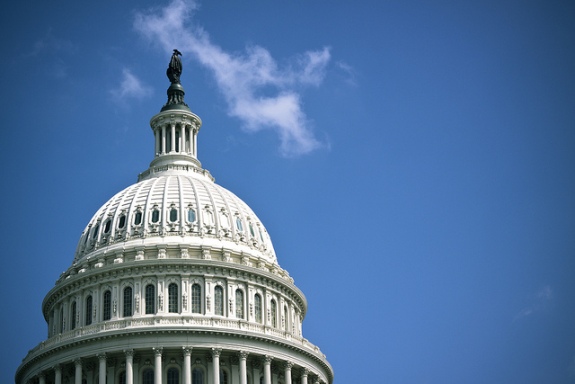 This week, the House of Representatives is considering the Homeland Security Appropriations Bill, H.R 2017—which is, of course, a golden opportunity for lawmakers to attempt to tack on immigration amendments. As of today, 19 immigration and border related amendments were filed. The House agreed to eight of the amendments and rejected two.

Some of the amendments have a bark much worse than their bite. Notably, Rep. Ted Poe’s (R-TX) offered an amendment which would bar funding for grants of parole or deferred action “for any reason other than on a case-by-case basis for urgent humanitarian reasons or significant public benefit.” However, as Rep. David Price (D-NC) noted, “this amendment recognizes this essential executive authority, especially when it comes to relief for humanitarian purposes or when it serves the public’s interest.” The amendment reiterates what we have stated before: that the authority of law enforcement agencies to exercise discretion in deciding what cases to investigate and prosecute is fundamental to the American legal system. This amendment will do nothing to prohibit the administration from providing relief to immigrants like DREAM Act students on a case-by-case basis.

And at least one amendment was actually sensible: Rep. Mike Honda’s (D-CA), amendment striking language in the bill that would have barred direct funding for immigrant integration grant programs. The House agreed to the Honda amendment by a voice vote.

Other immigration-related amendments that were agreed upon included:

The House rejected amendments which would have increased border technology funding by $10 million and increased funding for unmanned aerial vehicles by $320 million.

This scorecard reinforces another fact of immigration policy—lawmakers are more interested in scare tactics than substantive changes; what remains to be seen is whether the Senate will follow the path of the House or think rationally about how we spend our immigration dollars.