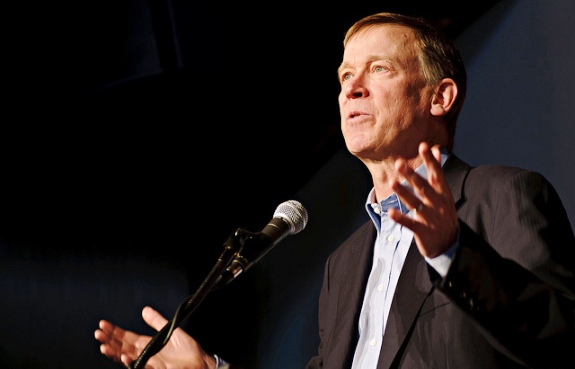 Earlier this week, Massachusetts Governor Deval Patrick announced that the state of Massachusetts would not sign an agreement with the Department of Homeland Security to participate in the Secure Communities program, making it the third state in recent weeks to question participation in the controversial enforcement program. That chorus of concern, however, grew louder this week as Colorado Governor John Hickenlooper questioned whether the program—which shares the fingerprints of individuals booked into local jails with federal immigration databases—is being implemented properly in Colorado. Also this week, the Los Angeles City Council voted to support a resolution that allows communities to opt-out of Secure Communities, which many argue is targeting a broader swath of people than the dangerous criminals the program states as its intended target.

Labeling Secure Communities a mere “fix” in the absence of much-needed federal reforms, Colorado Governor John Hickenlooper called for a full review of the program:

“We’re gathering data. We’re going to do a full evaluation of whether it’s working,” Hickenlooper said Monday. “Always from the beginning, I said I wanted to make sure we had the real facts on this.” … who expressed some support for the program as a candidate but also has stressed that there be no racial profiling and that it be implemented “properly.”

Like many states, Colorado has good reason to question participation the program—a program ICE contends only targets “serious criminals.” According to the Denver Post, “in Colorado, through March, two-thirds of the 21 people detained and deported after being identified through Secure Communities were not in the category of the most serious criminals.”

In recent weeks, New York Governor Cuomo announced that New York would terminate its agreement with DHS, as did Governor Quinn of Illinois who made a similar announcement several weeks before, both of whom claim the program is having the opposite effect of its intended purpose (to target those who pose the greatest threat to the community) and compromises public safety by deterring witnesses to crime and others from working with law enforcement.

ICE officials, however, claim that states have no choice but to participate in Secure Communities since “the data-sharing systems the program relies upon are already in place” and because governors have “no legal standing to block their use.”

Communities, however, have long been confused whether they ever had a choice in participating in the program, a policy some suspect ICE was purposefully vague in explaining.  In fact, earlier this year, California Congresswoman Zoe Lofgren (D-CA) called for an investigation into the actions of federal immigration officials whom she said lied about whether states and localities had the right to opt-out of the program.

But in or out, the chorus demanding more from the Administration on immigration other than a vague enforcement and damaging measures like Secure Communities seems likely to grow louder. The New York Times summarizes the tension well:

The message is clear and growing louder: Mr. Obama and the homeland security secretary, Janet Napolitano, need to try something else. That something else is real immigration reform that combines a path to legality with necessary measures to secure our borders and deport real criminals who are here illegally.

Photo by Roy Lee B.