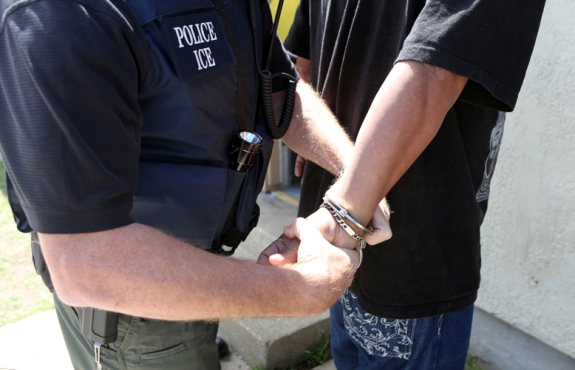 Two recent reports by the Transactional Records Access Clearinghouse (TRAC), a research center out of Syracuse University, confirm that the federal government is prioritizing immigration enforcement over potentially far more dangerous activities, such as gun smuggling.  While prosecutions for illegal re-entry are up in criminal courts, prosecutions for weapons-related offenses are down in the last year. Not surprisingly, this prioritization of immigration prosecutions over dangerous crime has largely gone unnoticed by immigration restrictionists who routinely underscore “violence along the border” as a reason to bolster a border-only agenda.

Prosecution for illegal reentry (a felony offense) is now the most commonly recorded lead charge brought by federal prosecutors, accounting for 47% of all criminal immigration prosecutions filed.  Some of the immigrants charged with reentry were deported after committing a serious crime, while others may have been deported for being in the U.S. without status or another minor offense.

In recent years, the number of persons prosecuted for first-time illegal entry (a petty misdemeanor) has skyrocketed.  Between 2002 and 2008, prosecutions for first time illegal entry in border district courts increased 330%, largely due to the controversial Operation Streamline, a DHS program which mandates federal criminal prosecution and subsequent imprisonment of all persons caught crossing the border unlawfully. This was of concern because more serious crimes, such as trafficking and smuggling, were not prosecuted as frequently.  Furthermore, federal prosecutions for drug- and weapons-related crimes, public corruption, and organized crime have decreased.

As the data indicates, prosecuting immigration violations—minor and serious—continues to be a bigger priority than prosecuting weapons violations, drug violations, and other serious threats for the federal government. So the question to immigration restrictionists, who continue to emphasis border violence in their drive for more border security, then becomes: Shouldn’t the U.S. focus as many resources on drugs, weapons, and organized crime along the border as they do on illegal entry?