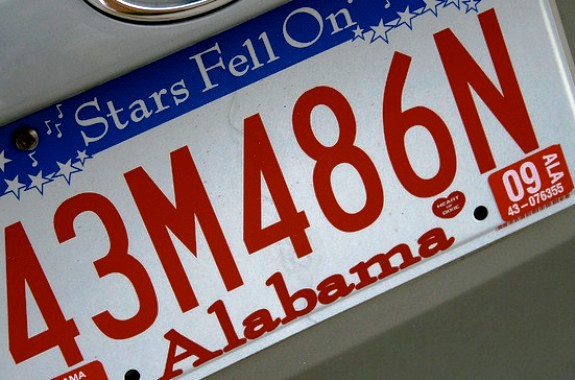 More than just stars fell on Alabama last week when civil rights groups filed a class action lawsuit against the state’s restrictive immigration law, HB 56, charging that the law unconstitutionally interferes with federal law and will lead to racial profiling. Filed on Friday, the lawsuit makes Alabama the fifth state (joining Arizona, Utah, Indiana and Georgia) to defend itself against a costly legal challenge to Arizona-style immigration laws. Federal courts have blocked key provisions of restrictive immigration enforcement laws in every state that passed them, save South Carolina, which only recently passed a copycat law.

In their lawsuit, however, the ACLU, National Immigration Law Center, Southern Poverty Law Center, Asian Law Caucus and Asian American Justice Center, charge that HB 56 interferes with federal law (in violation of the Supremacy Clause of the U.S. Constitution), subjects all Alabamians to unlawful search and seizure (in violation of the Fourth Amendment) and unconstitutionally restricts immigrants and their families from enrolling in educational institutions. According to National Immigration Law Center’s general counsel, Linton Joaquin:

“… Alabama’s law will affect the daily lives of countless residents, native-born and foreign alike. Alabama cannot constitutionally turn teachers, landlords, and community members into de facto immigration enforcement agents. We look forward to adding HB 56 to the roster of discriminatory laws that have been blocked by federal courts.”

To date, federal judges have blocked key provisions of state level immigration enforcement laws in Arizona, Utah, Georgia and Indiana, finding that they unlawfully interfere with federal government’s authority over immigration matters as well as violate the Constitution’s due process, search and seizure provisions and other protections. So it stands to reason that a federal judge will likely block key provisions of Alabama’s law, which some refer to as “SB 1070 on steroids.” Although South Carolina Governor Nikki Haley only recently signed their immigration bill S 20 into law, the ACLU and other civil rights groups have already threatened to sue.

And these laws aren’t cheap. Arizona has already doled out $1.9 million defending their law, not to mention the millions lost in tourism revenue and conference cancellations. As previously reported, Alabama stands to lose $2.6 billion in economic activity, $1.1 billion in gross state product, and approximately 17,819 jobs if all undocumented immigrants were driven from the state.

How much more evidence do state lawmakers need before they accept these laws are bad for business, state economies and most importantly, for the well-being and safety of communities in their state?