What Does Record Low Migration From Mexico Mean for Immigration Reform? 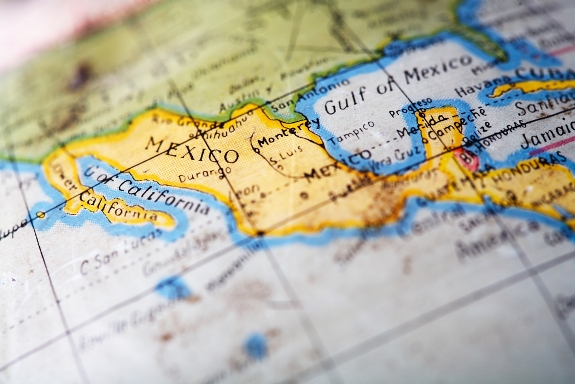 In what could be an historic event, the number of unauthorized immigrants coming from Mexico to the United States has fallen drastically in recent years—dropping from 525,000 annually in 2000-2004 to fewer than 100,000 in 2010.  In fact, unauthorized immigration from Mexico has dropped to a net rate of zero—meaning that the number of new migrants entering the United States each year is roughly equal to the number who leave or die.  That is one of the central conclusions to emerge from new research by the Mexican Migration Project (MMP) at Princeton University and the Universidad de Guadalajara.

The MMP also found that the vast majority of unauthorized Mexican immigrants already in the United States are not returning to Mexico.  This calls into question the effectiveness of the “attrition through enforcement” strategy promoted by restrictionists, in which SB 1070-style laws are passed in an attempt to forcefully persuade unauthorized immigrants to “self-deport.”  The findings of the MMP suggest that now might be an ideal time to implement immigration reform that includes a legalization program for unauthorized immigrants living in the United States.

The MMP found that the reasons behind the drop in unauthorized immigration from Mexico are far more nuanced and complex than either anti-immigrant or pro-immigrant activists commonly believe.  Mexicans have opted to stay at home not only because of the anemic U.S. economy, not only because of heightened immigration enforcement, but for a host of other reasons: the growth of educational and economic opportunities within Mexico; the high costs and dangers of being smuggled across the U.S.-Mexico border by violent cartels; and streamlined consular processing of certain nonimmigrant visas, allowing Mexicans greater opportunities to visit or work temporarily in the United States.  Moreover, Mexico has reached a demographic milestone: its birth rate has now fallen to only two children per woman, which means far fewer job seekers in the future.

It remains to be seen how all of this will affect migratory patterns between Mexico and the United States in the future.  If and when the U.S. economy picks up again and jobs become plentiful, it is likely that unauthorized immigration from Mexico will increase to some degree, just as it has in the past.  Whether or not it increases enough to match the U.S. economy’s demand for workers is unknown.  As the MMP research shows, this will depend in part on economic and social conditions in Mexico, not just on the health of the U.S. labor market.

Regardless of what the future may hold, it is nearly certain that the roughly 11 million unauthorized immigrants now living in the United States are not going anywhere.  Approximately three-fifths of them have been here for more than a decade.  Three million came here as children.  And 4.5 million native-born, U.S.-citizen children have at least one unauthorized parent.  In other words, most of the unauthorized immigrants now in the country are part of the U.S. social fabric.  As the MMP research reveals, the recession didn’t force them out of the country, persistently high unemployment rates haven’t forced them out, the enforcement-only measures implemented by the Bush and Obama administrations aren’t working, and neither are the numerous anti-immigrant laws passed by state governments.

It is time to try a different approach.  Perhaps, now that there are so few new unauthorized arrivals with which to contend, we can offer a chance at legal status to those unauthorized immigrants already living here.  This would end the needless waste of billions of dollars spent each year on ineffective enforcement measures; would bring all unauthorized workers into the formal economy and tax system; and would boost the wages and purchasing power of newly legalized immigrants.  This is the most practical and cost-effective way to deal with the millions of unauthorized immigrants who now call the United States home.  The alternative—an endless series of costly enforcement measures that never quite work—is a dead-end.