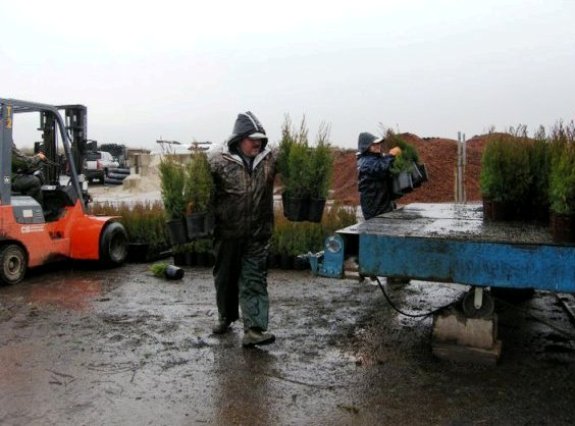 This week, business and agricultural communities across the U.S. continued the fight against mandatory E-verify, an electronic verification system requiring employers to use a federal database to verify the immigration status of employees. Over the weekend, thousands of protestors marched on Georgia’s state capitol to protest HB 87—a bill which contains mandatory E-Verify—adding their voice to the state’s agricultural community’s who fear the program will leave them without enough migrant workers to harvest crops. This week, a group of Oregon businesses joined the campaign against an enforcement-only E-Verify bill (H.R. 2164) introduced by immigration hawk Rep. Lamar Smith’s (R-TX) last month. The group called Rep. Smith’s measure a “recipe for disaster.”

This week, the Coalition for a Working Oregon, a group made up of 22 Oregon businesses, called out Smith’s proposal, highlighting E-Verify’s inaccuracies and calling for a “comprehensive retooling” of our broken immigration system. One member, Jeff Stone of the Oregon Association of Nurseries, said Smith’s E-Verify bill is “a recipe for disaster, not only for agriculture but for the national economy.”

Smith’s national E-Verify bill, “Legal Workforce Act of 2011”, would make the employment verification system mandatory for all employers within three years. While immigration advocacy groups have highlighted problems with E-Verify for years, even the Government Accountability Office (GAO) criticized the program for its accuracy rate, the fact that it snags U.S. citizens, and the additional fiscal burdens it adds to employers who don’t have the resources to implement the program.

Meanwhile, Rep. Smith claims his bill is a “jobs bill” that would “open up millions of jobs for unemployed Americans.” A recent study by Oregon State University, however, reveals that E-Verify would actually cost Oregon 173,500 jobs in the short term (3 to 5 years)—shedding 97,500 undocumented workers and 76,000 legal workers. The study also estimates that Oregon would lose $650 million in tax revenue over the same period if E-Verify were mandatory. Clearly, E-Verify as a stand-alone enforcement bill is not exactly the jobs bill Rep. Smith describes.

The Coalition for a Working Oregon is not alone. In fact, business communities across the U.S. are looking for comprehensive reforms to our immigration system—reforms that account for current labor needs—not a mix of restrictive state laws that end up hurting small businesses and local economies. Hopefully, local groups will continue to raise their voices against enforcement-only bills dressed up as solutions and demand that Congress tackle real reforms to our immigration problems.