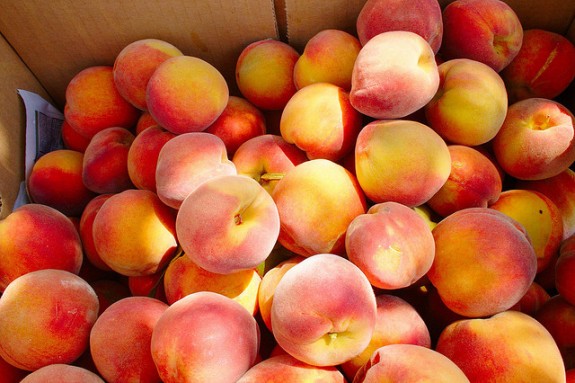 Just days after part of Georgia’s immigration law, HB 87, went into effect, farmers in the Peach State are panicking over how they will find enough workers to harvest their crops—some of which are already starting to spoil. Although a federal judge granted a preliminary injunction enjoining two key provisions of HB 87 last month, the provision requiring employers to verify the immigration status of new hires (E-Verify) went into effect July 1. In an industry where 80% of workers are said to be undocumented—and few American citizens, legal workers or even convicted criminals are willing to step in to do the work—Georgia farmers are now speaking up about how future labor shortages will impact the state’s $1.1 billion industry.

According to the Georgia Fruit and Vegetable Association, nearly $300 million worth of crops are at risk if the state’s 11,000 empty agricultural jobs continue to go unfilled. Charles Hall, the Association’s Executive Director, said many farmers have already noticed a dip in migrant workers as of late May, with harvest labor down nearly 30-50%. Come fall, those labor shortages are likely to continue. According to Hall:

If something doesn’t happen soon, Georgia’s crops could suffer even more than they already have. Some fields of less valuable crops were abandoned in the southern region of the state because there wasn’t enough labor to harvest it, leading to concern about the economics of supply and demand.

Local farmer Drew Echols said that HB 87 is already hurting Georgia businesses. According to Echols, there are fewer Georgia-grown products on the shelves of Atlanta’s farmers markets, and the products that are available are slightly more expensive. “Ultimately it all goes back to the consumer,” Echols said. “People are only going to pay so much for a chicken sandwich at Chick-fil-A or a basket of peaches.”

But like many small business owners, Echols’s biggest concern is that the state is making immigration an employer problem. Many argue that undocumented immigration should be handled on the federal level through federal reform legislation, not with mandatory immigration laws that state businesses can’t afford. Jose Gonzalez of the Associated Industries of Florida complained that “mandating the costly and burdensome E-Verify system is tantamount to a new tax on Florida’s employers.”

The fact is, outside of a comprehensive immigration reform bill, E-Verify will hurt farmers in Georgia as well as small business in many states where employers are required to verify employees’ immigration status. Small businesses simply don’t have the resources or infrastructure to run the program and U.S. immigration law provides few legal channels for low-skilled workers. As the president of the U.S. Hispanic Chamber of commerce said, “Mandatory E-Verify at the state and federal level would stifle job growth by placing a disproportionate regulatory and costly burden on small business.”

Real immigration reform—reform that won’t stunt small businesses or hinder economic growth—needs to come from Congress in the form of a comprehensive bill that accounts for enforcement of our immigration laws in tandem with a program that legalizes our current workforce and fills the needs of our 21st century economy. Otherwise, we’ll have a patchwork of immigration laws that leaves rotting fruit and rotting businesses on the ground.