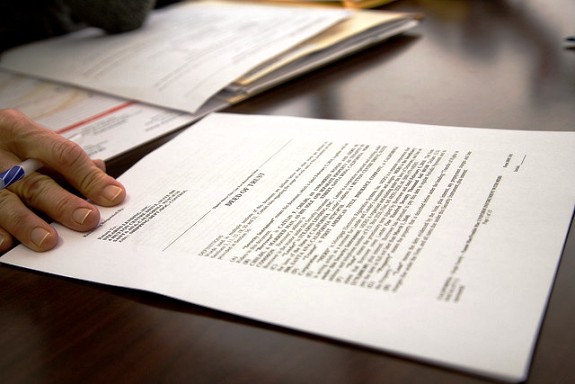 In a new report issued this week, the United States Citizenship and Immigration Services’s (USCIS) Ombudsman’s office called on USCIS to create a standardized procedure for accepting and tracking requests for deferred action made to the agency. The timing of this report, following ICE’s memos on prosecutorial discretion last month, further reinforces the importance of understanding and applying the tools of executive branch authority in immigration law. It also gives USCIS an excellent opportunity to build on these new developments to offer its own contribution to the discussion over deferred action, prosecutorial discretion and executive branch power.

The Ombudsman’s office is an independent agency established under the Department of Homeland Security Act of 2003 which is charged with monitoring the delivery of benefits by USCIS and making recommendations to improve USCIS procedures. To that end, the new Ombudsman report stresses process, recommending a number of ways for USCIS to increase the transparency and accountability of its handling of deferred action requests.

Deferred action, which has gotten a lot of attention in the context of ICE cases, especially over the potential removal of DREAM Act students, is a discretionary determination to decline to institute proceedings or execute a removal in a given case. In USCIS’s case, requests for deferred action may arise when someone is found ineligible for a benefit but nonetheless can make a compelling case for remaining temporarily in the country. More recently, many Haitians who were in the U.S. but ineligible for Temporary Protected Status because they arrived after the earthquake devastated their country began affirmatively asking for deferred action.

According to the Ombudsman’s report, interviews with stakeholders suggest that there is currently no clear path for understanding what takes place when a deferred action request is made. The report, however, does note that USCIS tracks formal requests for deferred action and that some offices, such as Miami, provide guidelines to the public on necessary evidence. But all in all, the report suggests formalizing what is essentially an informal process.

While the government’s authority to grant deferred action is clear, uncertainty remains about what really constitutes deferred action with a capital D. Is it simply declining to pursue a case, or is it the more formal decision to specifically give someone protection from removal for a certain period, and to provide work authorization where appropriate? Although many advocates are pushing for a more formalized process for deferred action as a way to keep thousands of people out of the grip of deportation, this is not the intention of the Ombudsman’s recommendations. The recommendations essentially ask USCIS to provide improved information about a process that seems unclear to the public. Although aimed at USCIS, the recommendations apply equally to all of DHS.

A far more difficult question, however—one that the Obama administration must continue to address—is whether anyone who isn’t already facing deportation will be allowed to access the deferred action process. No matter how clear a procedure may be, if it is essentially unattainable for most people, it will remain frustrating and confusing because people will not understand why the term “deferred action” is bandied about, but isn’t really used. Like it or not, deferred action is no longer the last trick that can be pulled out of the hat, but is instead becoming more and more part of the advocacy world’s tool kit because so little relief is available.

Honest conversations about what and how discretion will be used in the cases that aren’t immediately in DHS’s line of sight have to come. Perhaps the Ombudsman’s report is an invitation to that conversation—a conversation that DHS and the Administration, not just USCIS, should be having.